Philippines: Duterte urged to pursue peace talks even without a ceasefire 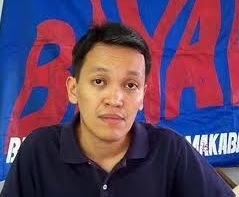 The militant group Bagong Alyansang Makabayan (Bayan) on Sunday called on President Rodrigo Duterte to continue the peace talks with communist rebels even without a ceasefire.

“There are many reasons to persevere in the talks even without a ceasefire. For the first time, there are positive developments in the negotiations on socio-economic reforms,” Bayan secretary general Renato Reyes said in a statement.

“Talking while fighting is still better than not talking at all. Previous regimes that abandoned the peace talks also failed to end the insurgency through purely military means,” he added.

Duterte on Saturday evening said he was cancelling the peace talks with the Reds unless there was a compelling reason to continue. The President also urged government negotiators in Rome to come home.

Reyes said the peace talks were necessary to resolve the root causes of the decades-old armed conflict in the country and pave the way the way for federalism through political and constitutional reforms.