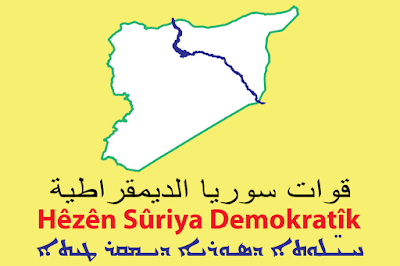 The Syrian Democratic Forces (SDF) are wrapping up the first phase of the Euphrates Wrath Operation, according to military sources. The operation’s long-term objective is the isolation and elimination of the Islamic State (ISIS) in Raqqa.

According to the SDF’s leadership, they need to capture two more square kilometers in order to meet their initial objectives. The pluralist coalition has already secured 16 km² north of Raqqa city.

The first phase of the Euphrates Wrath Operation aims to isolate Raqqa –ISIS’ de facto capital– from its northern countryside. This will be accomplished by securing the towns of Tel al-Samn and Hazima, which link Ain Issa city with Suluk District.

The SDF’s leadership has decided to increase the campaign’s already blistering tempo. Kurdish officers told ARA News that their forces will quickly expel the ISIS militants holed up in Hisha town. Those militants have been under siege for nearly one week.

Dilber Issa, a Kurdish commander in Raqqa, told ARA News that she was more than satisfied with her soldiers and their accomplishments. “Our forces made remarkable advances within the first week […] and killed dozens of ISIS terrorists in northern Raqqa,” She said.

“Also, there are many injured ISIS members who were taken as prisoners,” Issa added. “Clashes are still ongoing. Only a few kilometers in northern Raqqa are still in ISIS hands, and we’ll clear that area very soon.”

Abu Saqr al-Raqqawi, an SDF soldier at the front, shared the commander’s assessment of the campaign. He told ARA News that the “developments are so far in line with our plans.”

The Syrian Democratic Forces launched the Euphrates Wrath Operation earlier this week, with support from the US-led coalition. The SDF intends to hand control of the city over to its residents after the campaign is completed.

SDF Commander Simko Derik has told reporters that the first phase of Raqqa operation has been completed. According to Simko 100 villages & farms have been liberated, 150 families freed and 150 IS members killed.