Trotskyism as a Religion by Harry Powell 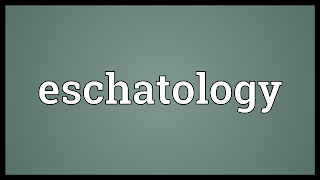 Basically this boils down to asserting that because Russia was a very economically backward country it could not stand alone and begin to develop socialism unless it received help from workers making revolution in the advanced capitalist countries such as Britain and Germany.

Without such assistance, Leon Trotsky claimed, the Soviet Union was doomed to decline and disintegration.

In summing up at the end of this session Neil fervently proclaimed that socialism could only come about on a world-wide scale or not at all.  Drawing upon Trotsky's theory of 'permanent revolution' he asserted that the triumph of proletarian revolution in a particular country could rapidly spread throughout the whole world so that the victory of socialism would be assured.  This statement was received with fervent applause from the Trotskyites  present.

I have to say that I was somewhat taken back by the behaviour of the Trotskyites.  It made me realise more clearly than I did hitherto that Trotskyites, or at least many of them, really do believe in this apocalyptic scenario whereby suddenly socialist revolution occurs pretty much instantaneously on a planetary scale.

This is sometimes called the 'big bang theory of socialism'.

It seems to me that this conception has more to do with religion than it does with politics.

Despite all the ink that has been spilt upon it, Trotsky's theory of 'permanent revolution' strikes me as nothing more than the general hope that the outbreak of revolution in one country will rapidly spread to others.  This is not a developed Marxist theoretical corpus in the way that is Karl Marx's analysis of the capitalist mode of production.

If we apply Trotsky's theory to the aftermath of the Russian Revolution then it is found to be wanting.  There were ripples of revolutionary insurrection in other countries inspired by the case of Russia – in Germany, Hungary, Italy, etc. - but none of these resulted in the overthrow of capitalism.  All of the Bolshevik leaders, including Stalin, had hoped for revolutionary breakthroughs in other countries and did what they could to encourage and support these insurrections.

But it all came to nothing.

Of course, many of the Trotskyites claim that the failure of permanent revolution to take off at this time was the result of the machinations of wicked Stalinists to prevent it doing so.

The Trotskyist perspective on 'permanent revolution' has a remarkable resemblance to Christian eschatology, I.e, the doctrine of last or final things.

The Trotskyites have this feeling that they are living in the last days before a great and awesome change occurs.

It is a millenial, chiliastic belief that the great upheaval will be followed by a realm of peace, harmony and prosperity.  At the same time the forces of evil loom large.

Neil Faulkner warned us against the immanent threat of fascism.  This is not to deny that the rise of extreme right-wing forces are on the rise in the imperialist countries but they will not be stopped by endless marches against Donald Trump coming to Britain.

So what of the fate of socialism?

The fact of the matter is that the Great October Revolution in Russia has had a profound impact on the modern world.  It inspired revolutionary insurrections by poor, oppressed people in many countries, most notably China.

Of course, the Trotskyites usually dismiss such revolutionary breakthroughs because most of these uprisings have majority peasant, as opposed to working class, participation, e.g in India and the Philippines today.  The historical truth of the matter is, whether Marxists like it or not, that so far the peasantry have a rather better track record for revolutionary action than have the proletariat.  It is true that the Russian and Chinese revolutions  eventually failed to stick to the socialist road and that capitalism has been restored in those countries.  The first wave of socialism in the world has pretty much run its course.

So is this the end?  Not at all.  The necessity for change, for transcending the capitalist order, is greater than it ever was.  Unless we stop it, through environmental devastation capitalism will kill the planet.  Those who survive could be thrown back into pre-capitalist social orders such as feudalism.  Socialist revolution is an objective necessity but will only come about as a result of conscious, revolutionary struggle by the working class and other oppressed people and this requires Bolshevik type organisation and leadership.

A more realistic scenario than theTrotskyist perspective of 'permanent revolution' is one where there are some revolutionary breakthroughs in particular countries but these will not immediately ignite into a worldwide conflagration.  Despite the developing process of globalisation different countries in the world still have their distinct particularities.  This determines that objectively revolutionary conditions will develop in different countries at different times..  The scenario before us is more one of the possibility of uninterrupted revolution by stages rather than the total big bang fantasised about by the Trotskyites. (Of course, the imperialists might lay that one on for us.)

In the imperialist countries one thing is for sure.  Unless people of a revolutionary inclination abandon their attachment to the dead left rituals – the old ineffective methods of political campaigning – in which at present they are trapped, then the dominance of the bourgeoisie is assured.


Kostas Mavrakis on Permanent Revolution  or Uninterrupted Revolution by Stages ?