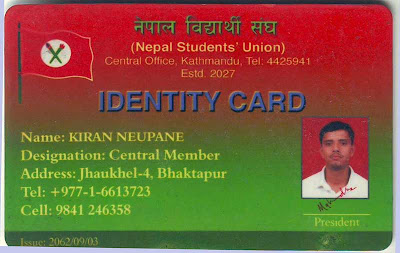 All Nepal National Free Students' Union (ANNFSU affiliated to the UML) has won the most seats in the student elections conducted in various government aided colleges across the country on Thursday.

UML affiliated ANNFSU students of Min Bhawan college staging a victory...
At the time of filing this news (9:00am), candidates representing ANNFSU-UML have been elected presidents of Free Students' Union (FSU) in 74 colleges. Nepal Students Union (NSU- affiliated to Nepali Congress) has won the post of presidents in 55 colleges and ANNFSU-Revolutionary (affiliated to Maoists) candidates have been elected presidents of FSU in 42 colleges.

ANNFSU-Revolutionary has won the contest for president as well as most other posts in colleges in Chitwan including Rampur Agriculture College, Shahid Smarak and Madi Colleges. NSU boycotted elections in Chitwan and have said they will not accept the poll results.

ANNFSU-UML and ANNFSU-Revolutionary had contested the elections with joint panels in some colleges.

Rupandehi College is the only college where candidates representing other student unions have won the polls.

Results from Kathmandu's Tri-Chandra College and Central College, Kirtipur has not been declared yet.

Political parties take FSU elections as a real time test of their people base.

Meanwhile, private colleges in and outside Kathmandu were largely unaffected by the FSU polls
Posted by nickglais on 3/20/2009 01:47:00 AM