The Supreme Court has ordered the government to reinstate the eight Generals of the Nepal Army on Tuesday. 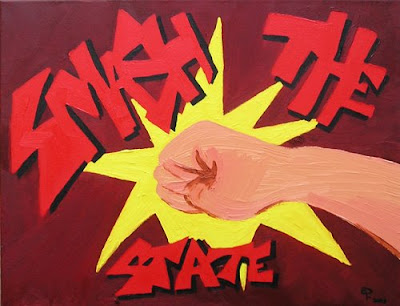 After first day’s hearing of the writ filed by the generals whose tenure was not extended by the coalition government, the one-member bench of the Justice Kalyan Shrestha issued an interim order in the name of government to reinstate the generals.

Failing to get their term extended, the army officials reached Supreme Court on Sunday saying that government decision was illegal.

The SC verdict says the government decision not to the extend terms for the army generals did not complete legal procedures.

The order would remain as final verdict of the court unless government supplies sufficient reasons to prove that its decision completed all legal procedures, lawyers say.

Democracy and Class Struggle says now the Judiciary has weighed in against the UCPN Maoist led Government in support of the Nepal Army and against the Ministry of Defence.

We also have evidence of Government bureaucrats like the Nepali Ambassador to the UK underming the policy of the Government.

The Judiciary the Nepal Army and the Bureaucratic apparatus of The Nepali State are throwing down challeges to the Maoist led government and Koirala is racheting up the anti Maoist rhetoric - it is time for the UCPN Maoist to seize the initiative and smash this rotten Nepali State apparatus before it destroys them and their government.
Posted by nickglais on 3/24/2009 06:57:00 AM