Tristan Anderson represents the best that humanity can offer 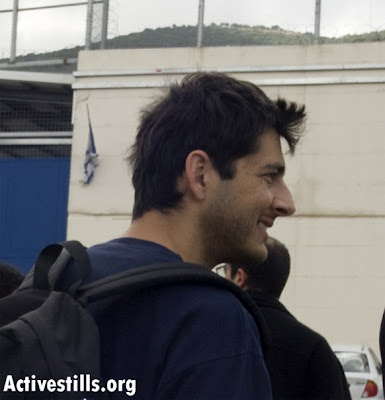 Anderson's friend, Gabrielle Silverman, says he was struck by a canister from a high velocity rifle after the protest subsided. She says troops kept firing tear gas as Palestinian medics evacuated him. He was taken to an Israeli hospital.

We wish Tristan well and hope he makes a full recovery from the surgery in Israel has he is a rare human being who is prepared to put his life on the line to support others weaker than himself.

We feel we must comment on some of the comments about on the Internet in US and Israel calling him a leftist lunatic and getting what he deserved - the inability in these times to distinguish between the actions of the self sacrifice of Tristan Andersen has that representing the best that humanity has to offer and the necessity to hurl abuse at such self sacrifice to self justify poltical positions on the right in Israel and US shows not only their moral bankruptcy but the fundamental weakness of their political beliefs.
Posted by nickglais on 3/14/2009 03:32:00 AM