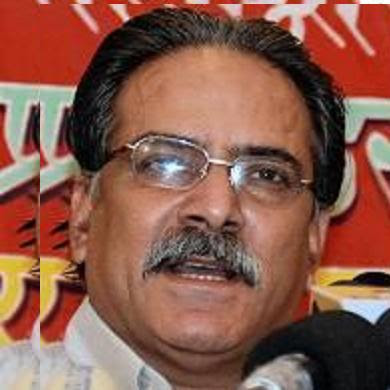 Prime Minister Prachanda has said there are elements that want to bring down the Maoist-led government to install regressive rule.

Prachanda said this while addressing a function in Dhankuta on Saturday. The country will slide into crisis if the "government led by revolutionaries" fails, he warned.

"The government is facing so many challenges at the movement. There is regressive threat, too," he added, "We had to tackle with these challenges."

PM Prachanda also criticised UML leaders for 'doublespeak'. "Those in the government are talking like opposition leaders."
Posted by nickglais on 3/21/2009 04:08:00 AM

check out these two articles in the bourgeois nepali press. the pla is getting paid by the world bank!! the revolution is really over.