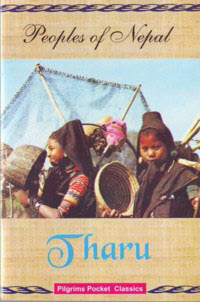 Prime Minister Pushpa Kamal Dahal has told some Tharu leaders that a cabinet meeting on Monday would 'address' the demands of the agitating Tharu community.

The Prime Minister's assurance came during an informal meeting with Tharu leaders, most of them associated with Unified CPN (Maoist), at the PMO in Singha Durbar Sunday.

However, leaders of the major Tharu outfits like Joint Tharu Struggle Committee and Tharu Kalyankarini Sabha that have been waging a massive protest movement, together with other indigenous groups, refused to come to the table saying that talks cannot start before the government meets some conditions including prior commitment to address the demands, martyrs status to two activists killed in police firing in Chitwan and release of those detained during the protests.

They have also asked the government to invite other ethnic groups that have joined the protests.

Tharus have been organising protests in Terai districts for nearly a week after the government categorised them as Madhesis. Highways, industries and educational institutions remain closed in Terai due to the shutdown strike
Posted by nickglais on 3/08/2009 09:59:00 AM