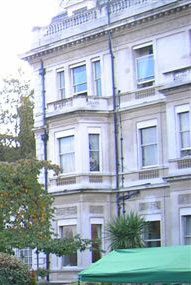 The foreign ministry has relieved Nepali ambassador to the United Kingdom Murari Sharma effective from Friday.

The ministry on Friday decided to sack Sharma with immediate effect after it was learnt he was preparing to forward a letter to the British foreign secretary David Miliband stating Nepal government had failed politically and diplomatically.

A meeting chaired by the foreign minister held after the ministry received a draft of the letter took the decision, sources say.

The ministry had written to call back Sharma for the third time on Thursday. Sharma has been refusing to come back even though the government recalled him two months ago.

The government has prohibited him to carry out any diplomatic, financial, administrative and other activities related to the embassy from Friday.

Meanwhile, the private secretariat of the foreign minister issued a press statement on Saturday saying that the recalled envoys should come back on time. The appointment, tenure and termination of envoys should be at the discretion of the government and there should be no controversies on these issues, mentions the statement

Democracy and Class Struggle says just how many others have been undermining the activity of the elected government of Nepal ?
Posted by nickglais on 3/22/2009 04:53:00 AM