Wales : Proletarian Exit : Say No! to the European Union on Thursday, 23 June

Say No! to the European Union on Thursday, 23 June

Yr Aflonyddwch Mawr does not endorse any of the anti EU organisations because they are overwhelmingly pro UK like George Galloway/Nigel Farage they do not defend the right of self determination for the nationalities in the British Isles up to and including the point of separation.

From our class and national viewpoint we oppose the European State and the UK State and will take the opportunity of the referendum to expose the hypocrisy of George Galloway and Nigel Farage has UK nationalists.

However we also will also expose the pro EU hypocrisy of Plaid Cymru and the Scottish Nationalists and Sinn Fein for their promotion of the European Superstate and its making of Wales, Scotland and Ireland and England nothing more than EU dependencies and not politically independent states. 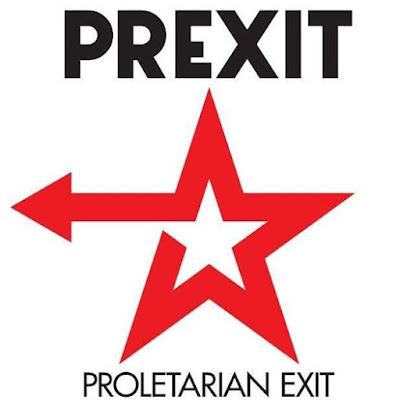