“A real power is in the forests’ - used to say Ukrainian peasants : Long Live ‘Kovpakites - S.Kovpak - ‘The Grandad by Dmytriy Kovalevich 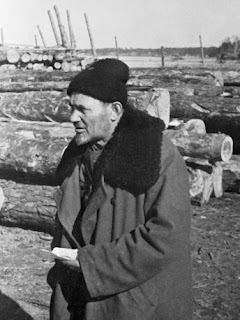 Born in a poor Ukrainian family, he had to work as a day-laborer since the age of 10. During the civil war in 1919 he headed a small partisan unit fighting against German Kaiser troops and Ukrainian nationalists. Then he joined Chapayev’s division fighting against the Russian Whites.

In 1941 he was a member of a provincial town council and moved to a nearby forest along with his brother in some hours before Nazi occupation. 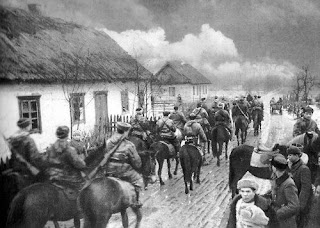 
Within some weeks he managed to organize a big partisan division. S.Kovpak wrote some works on guerilla tactics and the steps of organizing material base for an underground activity. Although, these works were written by a poorly educated man and contain a lot of grammar mistakes, they are still valuable guide and many Latin-American and African guerilla groups were trained on its base in 1960's.

His partisan army was organized so well that managed to hide and constantly relocate not only thousands of partisans but even tanks, artillery, aircraft and small factories. During the raids throughout Nazi rear front the ‘Kovpakites’ seized 39 towns eliminating Ukrainian Nazi collaborators there. In 1943 Ukrainian Red ‘Kovpakites’ enter West Ukraine launching a long fight against Ukrainian pro-Nazi ‘Banderites’.

“A real power is in the forests’ - used to say Ukrainian peasants mocking at Ukrainian Nazi-collaborators who pretended to form a ‘new power’.

“My supplier is Adolf Hitler" said S.Kovpak referring that his partisans’ army was armed mainly with trophies.