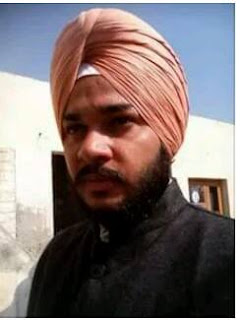 In the state of Punjab the Zameen prapt sanghrash commitee is writing a new chapter in the struggle of the landless peasantry by leading a series of land sit-ins.for 1/3 panchayat land promised to them by state.

Simultaneously while going for a meeting on the issue of sharing of panchaya land the secretary of Naujwan Bharat Sabha Longowal was arrested.

It is an ample example of how the state machinery wishes to suppress all democratic activists.

All democrats should oppose this heinous act.

Some remarkable protests have taken place in Malerkotla of around 300 people, in ,Chandedi village of around 400 persons while about 300 were mobilized in Longowal.

Although numbers not so substantial qualitatively they revealed intensity at the highest zenith.

The role of Punjab students union was significant in mobilisation and support.

Great discipline sense of organization and determination was exhibited.

Police attacked on Children and women and arrested them. At the end 7 dalit male were send to jail and Women and children are released