The UK EU Referendum - Its Terrible - its Fine 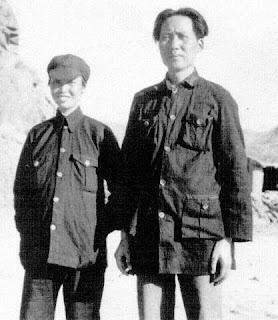 In 1927 Comrade Mao Zedong in his Study of the Peasant Movement in Hunan showed the complexities of real life struggle of the peasantry of China and how the City elites and bourgeois liberals and even so called revolutionaries were repelled by peasant class actions which they called terrible.

We are comparing handling of class contradictions and not actual situation in 1927 China with 2016 Europe.

If you live with and love the proletarian class you will know their strengths and weakness - if they are lumpen's you will treat them as mistaken brothers and sisters and correct them.

The class struggle against austerity is driving our brothers and sisters against the EU and the racism is subsidiary - there is also liberal racism in the pro EU camp of Fortress Europe which is blindly ignored on the Left.

The UK Exit from the European Union has caused great confusion with the terrible coming loudest from metropolitan bourgeois elites in London and its fine from angry proletarians in the regions.


Let us remind ourselves what Mao said about Chinese Peasantry in 1927 :

"From the middle social strata upwards to the Kuomintang right-wingers, there was not a single person who did not sum up the whole business in the phrase, "It's terrible!" Under the impact of the views of the "It's terrible!" school then flooding the city, even quite revolutionary minded people became down-hearted as they pictured the events in the countryside in their mind's eye; and they were unable to deny the word "terrible". Even quite progressive people said, "Though terrible, it is inevitable in a revolution." In short, nobody could altogether deny the word "terrible".


How did Mao sum things up :

"Most critics of the peasant associations allege that they have done a great many bad things.

I have already pointed out that the peasants' attack on the local tyrants and evil gentry is entirely revolutionary behaviour and in no way blameworthy.

The peasants have done a great many things, and in order to answer people's criticism we must closely examine all their activities, one by one, to see what they have actually done"

When dealing with the working class proletarian struggle against the European Union we should study and think deeply about Comrade Mao's comments and carry out much more concrete analysis of the working class and its political psychology instead of abusing it has some Leftists are doing in the wake of the UK exit vote from EU.