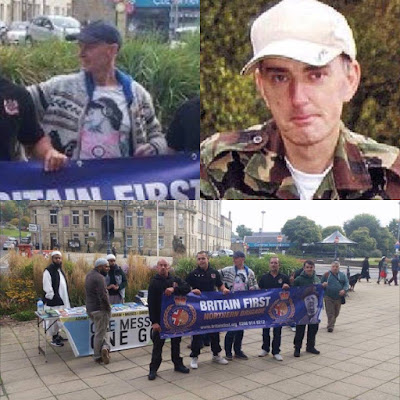 + 2006 - had a subscription to an Anti-ANC Pro White South African Magazine.
+ Now Named by the BBC and Ind...ependent, Guardian, Mirror.
+ House is Cordoned Off and confirmed by Neighbours.
+ White Nationalist Political Interests
+ Shooter's former address - Fieldhead Estate
+ Subscription to SpringBok publication, a pro white supremacist organisation. Now split to 'Swinton Circle', which are still active and organising with Pegida.
+ His most likely political links are with Britain First.


Tommy Mair's had affiliations to an organisation called 'SpringBok' their motto is '"Out of Europe and into the World". Highly motivated against Labour's "racism" towards white people. A pro white supremacist south african organisation in exile in Britain.

We're finding more information about Mair's political affiliations. S.A. Patriot was the publication of a pro white global leadership and separate racial segregationists club. His name is confirmed in a bulletin uploaded to a blog. S.A. patriot founder has confirmed with a journalist that he was a member in 2006 right off the bat, but then dropped out. http://l.facebook.com/l.php… - http://www.springbk.org.uk/patriot.html

"The club is one of the most controversial organisations in the UK’s South African community. It’s a union of several different outfits, some long-gone, including the Empire Loyalist Club, the White Rhino Club and the Rhodesian Forum. The twenty people gathered here tonight (and there are more visitors than members) are highly opposed to the ANC, and long for the return of what they call civilised rule” to South Africa."

Further information shows that Springbok had a political split, thus resulting in the formation of the ‘Swinton Circle’, which is still active in 2016. They are highly anti-europe, which seems to be their main campaign focus. They have actively been involved in Pegida, attending demonstrations and meetings with other far-right organisations.
http://www.springbk.org.uk/lsc5.htm

February 2016
(PEGIDA UK Rally)
In February 2016 the Swinton Circle was contacted by PEGIDA UK and asked to support their "Silent Walk" in Birmingham in protest against increasing Islamisation throughout Europe. A number of Swinton Circle supporters took part in this event as a result of this request.
2015 (Spring Buffet)
Mr. John Petley, a committee member of The Campaign for an Independent Britain and author of the book "Top 10 Reasons to leave the EU".
(Springbok Club meeting)
In November 2015 Swinton Circle members gave their support to a special event organized by the Springbok Club in order to celebrate the 50th anniversary of Rhodesian UDI

Democracy and Class Struggle should make overseas readers aware that British Media does not describe Tommy Mair as a Fascist Terrorist but a mentally disturbed man despite his overwhelming connections with racist and Fascist organisations
Posted by nickglais on 6/16/2016 11:30:00 AM