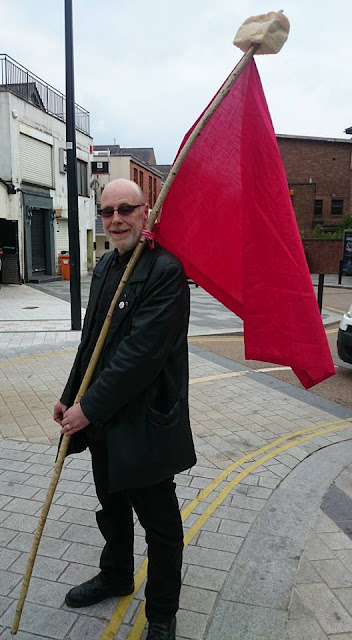 Yr Aflonyddwch Mawr activists at this year’s Merthyr Rising Festival engaged in a wide range of discussions with local people, young and old, and received a favourable reception, selling many magazines and books in the process, with a large stock of Great Unrest leaflets all handed out by the end of the first day.

Visitors to the Festival showed a keen interest in the new flag of the WSRM and its inspirations, and this enabled members and supporters to explain the movement’s view of Welsh history - especially in relation to Yr Eryr Wen, the white eagle of Snowdon, a symbol of Welsh resistance to imperialism dating back to a poem in the 1200s.

Other banners on display at the weekend event (see pictures below) included the Red Pitchfork, symbol of our rural land campaigns, and the Scotch Cattle, emblematic of our ongoing commitment to the class struggle in Wales.

There was even room for a small version of the flag of Norway appropriately employed to salute the fraternal Letter from Norwegian workers - Say NO to EU. 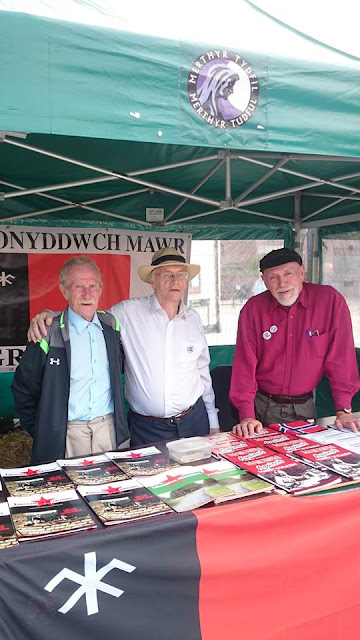 Comrades of the Great Unrest 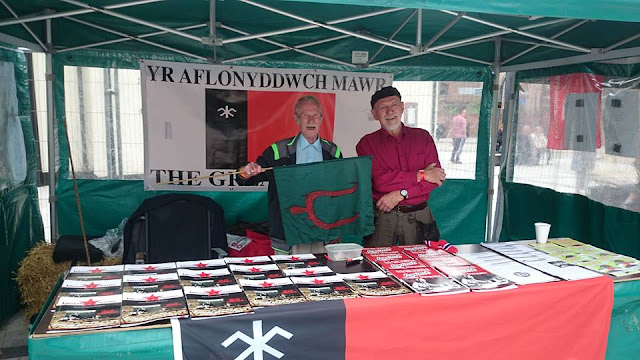 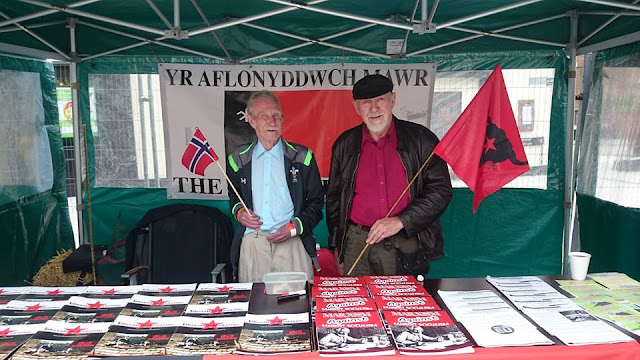