Venezuela : Towards an Economy of Freedom by Jesus Rojas 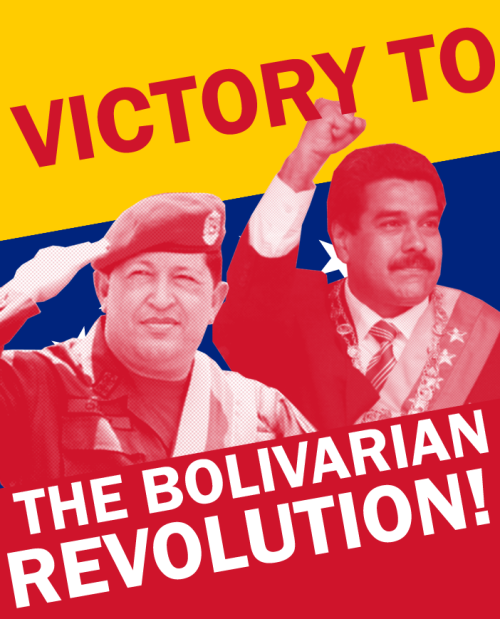 This article expresses the personal views of Comrade Jesus Rojas

Toward an economy freedom


Apotheosic was the concentration of workers in Venezuela, this glorious May 1st, we celebrate not just the accomplishments and achievements of national and international working class, but the crushing defeat that we have given to US imperialism and the oligarchy in their attempt to annihilate our Bolivarian Revolution.


In just five months, our government has dismantled coups, assassination attempts, intentions of a direct military invasion; Not to mention that despite the difficulties we still have, we controlled the consequences of the economic war that for several months the corporate oligarchy and importer intensified to destabilize the government trying to leave the population without food commodities. But they could not. The great civic-military movement remains attentive and alert, defending the peace and sovereignty and guaranteeing food, goods and services for the people.


The writers and pundits of trades, paid from Miami by the counterrevotunionaries to orchestrate the brutal media and psychological war against the Bolivarian Venezuela and Chavista, claimed that " In April Maduro fails". And we started May with one of the largest popular demonstrations we've had in these two years of physical absence of our Lord Commander Hugo Chavez. Chavez returned to fill streets and avenues; mobilization was felt throughout the country showing that the vast majority of people are with Maduro, supporting the draft socialist construction. The working class has been put in charge of the economic offensive to start production optimization needed by the country. It is true, as told Comrade worker president, son of Chavez, we still need to prepare more, to strengthen again, overcome vices: selfishness, individualism, bureaucracy, the mere claim, inherited from the old fourth repubican union practice; but we are making great strides; the Venezuelan working class is reaching higher levels of organization and class consciousness.


Moreover, the Bolivarian and Chavista government maintains its course, as determined by the Plan of the Nation, to continue the goals and maintain the road to building socialism with its own characteristics.


We face great threats, internal and external. From the outside, the imperial ambition of doing of us a colony again to usurp our natural and energy resources, and take away the people's social, economic and political benefits that the Bolivarian Revolution has given, as part of the empowerment of people power.


The fair and equitable sharing of oil revenues, which has allowed the establishment of social Missions such as: Barrio Adentro, Sucre, Robinson, Amor Mayor, Gran Misión Vivienda Venezuela, among others that have brought enormous improvements in the quality of life of the entire population, it is still the unforgivable "sin" of the Revolution according to fascist oligarchy that wants to take back full control of the profits generated by the sale of our oil. That is one of the main internal threats we face today, because it is the oligarchy, the bourgeoisie, which aims to halt domestic production to sinking us into economic chaos.


Another no less dangerous threat is the existence of minority groups that pose as revolutionary forces and want to sow anarchy and division within the monolithic unity that is consolidating in politics and government management. Before these groups we have to be very vigilant and activate the popular intelligence and revolutionary vigilance, because they intend to capitalize any discontent that exists for some differences, faults, for things we still have to improve and resolve, to disunite, and try to prevent another perfect victory in parliamentary elections this year 2015. That would put at high risk the permanence of the Bolivarian Revolution in the coming decades; and therefore it is fundamental task of the fascists and the infiltrators.


But before these two major internal enemies, the fascist oligarchy and reformism, has increased awareness of the people around, even in sectors that do not share the ideological positions of the Revolution.


We identify the enemy, each day more clearly. We know who the big businessmen who seek to paralyze the economy; we know who the opportunists who want to deflect this project of national liberation to another government of social democracy. The people are becoming more aware day. What we seek is the overcoming of the capitalist rent and make of Venezuela powerful nation with a socialist model. We have to maintain a political freedom and accelerate the transition towards economic freedom.


We must move quickly to the great economic victory. Farm workers and city workers of the Bolivarian National Armed Forces. All the people together like a huge popular front led by the working class. We assume the challenge imposed on us by the current historical moment, and run ahead of the bourgeoisie and start to produce and jump-start the productive heart of the nation, or being responsible for the paralysis of the Bolivarian Revolution, we would be responsible for allowing the brake of the project of the true freedom and sovereignty for our people, example of struggle for other peoples.

Only the Venezuelan working class has in this juncture the strength and ability to be at the forefront of the counterattack that will take against the enemies of the fatherland`s economic powers. And we have to be very clear in that. We are going to the consolidation of the Bolivarian Socialism in the XXI century, as the only alternative to the savage capitalism, exclusive, genocidal and exploitative