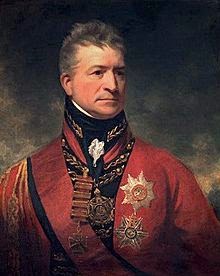 General Picton was a great hero of Victorian England and many places in Britain, Canada and Australia are named after him.

We publish an article on General Picton from the Trinidad Daily Express which exposes General Picton as the the man who authorised the torture of a fourteen year old girl in Trinidad , Luisa Calderon - it is possible she was even younger.

Our Comrades at the  Yr Aflonyddwch Mawr in Wales are calling for a Celebration of the storming of the Carmarthen Workhouse which occurred on 19th June 1843 led by Frances Evans and boycott of the Waterloo Celebrations.

Yr Aflonyddwch Mawr  want to uphold the Welsh values of Social Justice on that day and oppose the celebration of  General Picton and British Imperialist values which result in the torture of children in the name of Empire..

Below is an article by Bridget Brereton on Luisa Calderon, we will be publishing more on the Thomas Picton's reign of terror in Trinidad before June 20th.

In his column in the Sunday Express of October 30, Raffique Shah wrote about the death of two of his comrades who were "lions of '70"—the Black Power Movement of that era—but whose contributions to society were little known outside a small circle.

"They pass on and the wider society that benefitted from their struggles hardly knew them", he wrote; "they depart without song, trumpets".

This made me think about the many men and women of the past who led interesting lives, who contributed in different ways to Trinidad and Tobago, but who have been largely forgotten. One of the historian's responsibilities is to make such individuals better known to people of the present day, to rescue them from the "oblivion" or forgetfulness of history.

But we can only do that if there are surviving sources about them, whether these are documents, or oral traditions, or the memories of people still alive. As we go further back in time, it is usually documents (written sources) that we need to find.

In this and the next two articles, I'll introduce readers to three interesting women who lived in 19th century Trinidad. In each case, we know something about them because (for different reasons) documents have survived about them, or written by them—what historians call a paper trail.

I'll start with Luisa Calderon, because she lived in the very early 1800s. She was what was known as a "free coloured": a mixed-race person, daughter of a freed "mulatto" woman of Venezuelan origin. She wasn't enslaved; she lived with another mixed-race person, Pedro Ruiz, a Port of Spain merchant.

In fact, it seems clear enough that there was no robbery, that Luisa and Gonzalez had been framed by a jealous Ruiz.

But the decision to torture the young girl embroiled Picton in a scandal which nearly ruined his career, and made Luisa famous. 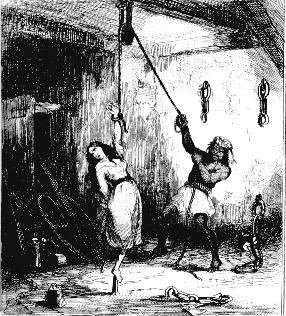 The torture applied, an old Spanish military punishment, involved suspending Luisa by her left wrist from a rope, while her left foot was tied to her right hand, and her right foot rested on a pointed stake. It was called "the piquet".

She was subjected to this agonising pain on two occasions, each time for anywhere between 20 minutes and an hour (the witnesses disagreed).

Not surprisingly, Luisa did "confess": she said Gonzalez had done it.

She was held in the jail, in "irons", for another eight months and then freed; her wrists were marked for life.

Gonzalez was fined and deported from Trinidad.

It was not long after this brutal and illegal torture had been inflicted on her that Luisa became famous, because the act was the most important item in formal charges brought against Picton, for which he was tried in England.

If this hadn't happened, we might never have known about Luisa's ordeal.

Picton's enemies, in Trinidad and Britain, saw that the charge of illegally authorising such an inhumane torture on a very young girl could ruin him. Drawings of Luisa being tortured in the Port of Spain jail were published and widely circulated.

She was taken up by Picton's main opponent, William Fullarton, and his wife. They brought Luisa to Britain in 1803, and supported her there for several years—the court case involving her took a long time and of course her testimony was needed.

People's love for scandal being as great 200 years ago as today, Picton's allies spread rumours that Luisa gave birth to Fullarton's child when she was in Scotland. (Fullarton sued, and the case was going on when he died; Mrs Fullarton continued to look after Luisa in Britain). More generally, the rumour was that she was a prostitute whom the Fullartons introduced into "polite society" in Britain.

Both trials were extensively reported in the British newspapers and the published reports of "celebrity trials". Luisa was famous even if the eventual verdict got Picton off. The picture of her torture was widely published.

As far as we know, Luisa returned to Trinidad after the final trial in 1808. And then she disappeared from the record; we don't know what became of her. But we do know that she survived her ordeal and became perhaps the first Trinidadian woman to be visible as an individual in the archive, the first to play a part (even if forced on her) in public affairs.

• Bridget Brereton is Emerita Professor of History at UWI,