India : CDRO statement opposing the re launch of Salwa Judum in Chhattisgarth 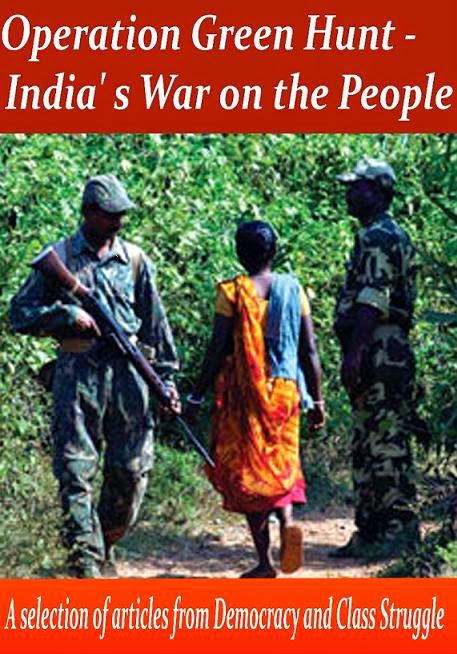 CDRO (Coordination of Democratic Rights Organizations) expresses deep concern over recent reports regarding the re-launching of the notorious state-sponsored anti-Maoist militia, the Salwa Judum, from 25th May 2015.
While inaugurating the Vikas Sangharsh Samiti in Dantewada on 5th May, the new leader, Chhavindra Kumar, announced that the main aim of the Samiti will be to “finish the Maoists in Bastar”.
Pertinently, this announcement comes ahead of the Prime Minister’s visit to the state with suggested plans of signing two significant MOUs valued at Rs. 24,000 crores. It is feared that the Samiti, like the Judum before, will repeat the saga of forcible and violent evictions in the affected villages which are resisting this corporatized development model embraced by the state. The history of Salwa Judum presents some very real dangers which exemplify the state practice of encouraging vigilante forces drawn from among the Adivasi communities.

Claimed as a ‘peace’ movement, the previous avatar had spread terror and fear in the Bastar region between 2005 and 2009, when Chhavindra Kumar’s father, Mahendra Karma and his followers forcibly evicted 3.5 lakh Adivasis from 640 villages in anti-Maoist operations. Many Adivasis were incarcerated in ‘camps’ run by Judum members and state forces and subjected to brutal forms of torture and sexual violence.
More importantly, when it was succeeded by the state-led Operation Greenhunt from September 2009 onward, the Judum members found new identities as SPOs (Special Police Officers) who accompanied the security forces in ‘area domination exercises’, a euphemism for state terror. Even when the Supreme Court held that SPOs were unconstitutional and demanded their immediate disbanding in 2011, a significant section had already morphed itself into Koya Commandos to escape the Court’s vigilance, and the rest were regularized as police personnel by the state government. Consequently, villages situated near security camps have continuously borne the terror and fear of armed personnel.

In all this, the threats of Salwa Judum Part 2 have already begun as Chhavindra Kumar has claimed that “18 village panchayats have banned the entry of Maoists”. It needs to be recalled that in 2005, Salwa Judum was launched a few days after MoUs were signed with Essar and Tatas to pave the way for corporate acquisition of forest land for mining and other projects. This complicity of the Central Government, the State Government and the corporate houses is evident in present anticipated re-launch and Kumar has stated that the role of Salwa Judum Part 2 will be to undertake “development works in the region with the help of the State Government”.
The imposition of the state directed “development model” in Chhattisgarh has only brought about destruction in terms of both the Adivasis’ quality of life and in terms of mining’s contribution to environmental degradation.

Although the recently enacted Forest Rights Act (FRA) has given the Adivasis some control over forest lands, this protection has little or no meaning as any protest over land grab or complaint of harassment by security forces is treated as a ‘Naxal offence’.
By banning the Maoists, the police have had a free run in arresting anyone who resists the Government’s corporate friendly policies. As a result, thousands of Adivasis are currently rotting in Bastar jails- which are notorious for being over crowded, unhygienic, and under staffed- without bail and without any hope of justice. Chhavindra Kumar’s ‘Salwa Judum Part 2’ is part of the state’s campaign against the Maoists.
As a state propped militia which is eager to fight the state’s dirty war against the Maoists, it has started parroting the state’s developmental rhetoric and advocating peace while practicing war. CDRO calls for a collective opposition against its re-launching and demands an end to the decade-long lawlessness prevailing in Bastar.