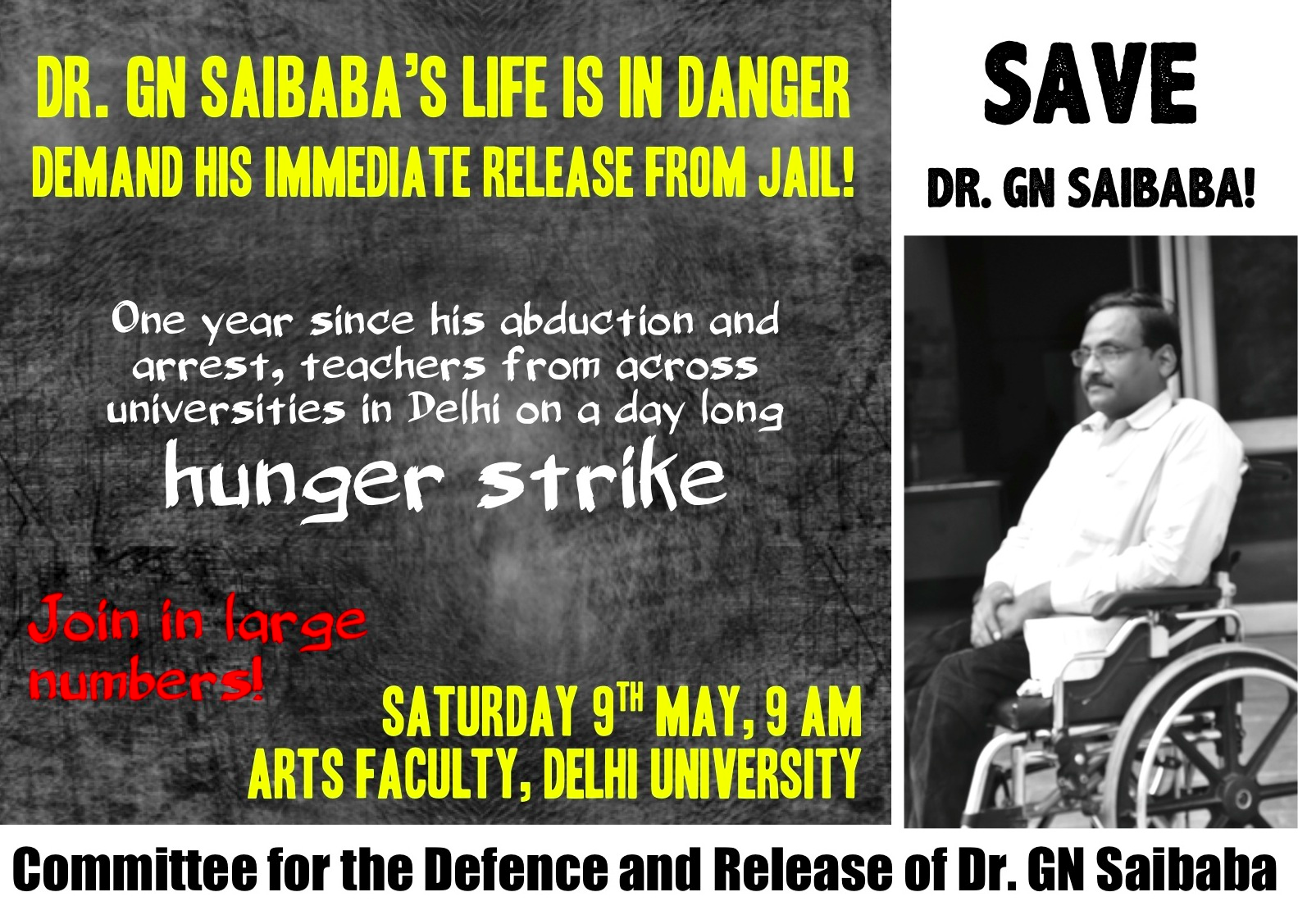 Democracy and Class Struggle had the opportunity of a private meeting with Dr GN Saibaba during his visit to London on 2010 when we discussed building the movement against Operation Green Hunt.

The meeting was with comrades from Greece, Italy and Germany and we appreciated the quiet confidence that Dr Saibaba had then in the victory of the people of India over the Indian Comprador State and its capital accumulation by dispossession of the poor.

The fact that the Indian Comprador State kidnapped and imprisoned a disabled man a year ago shows its weakness not its strength.

The Indian Comprador State fears the ideas of Dr Saibaba because they are true and because he eloquently exposed the corruption of their power.

Dr Saibaba is a voice against injustice and as the injustice continues in India today the burning flame against injustice will grow and ultimately it will consume all those fake patriots of the Hinduvuta as being the quislings of imperialism that they are. 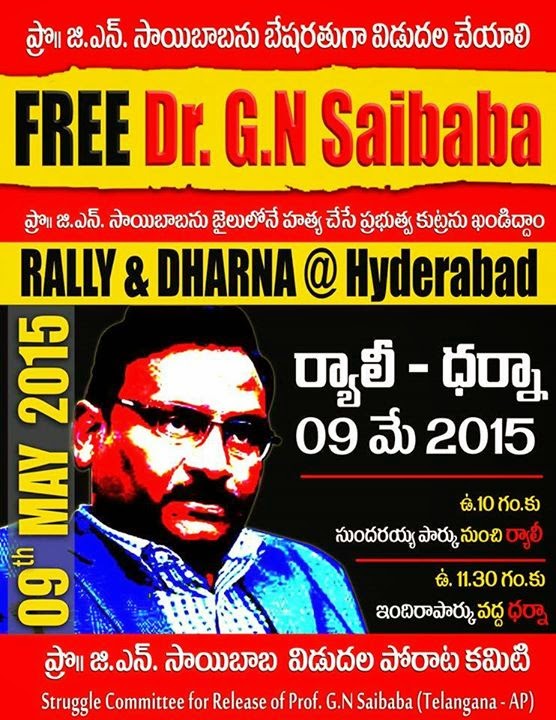