The Ukraine bans the name Great Patriotic War but Donetsk Celebrates it : Which side are you on ?

The Ukrainian parliament passed a series of laws on April 9, which banned Soviet  symbols throughout the country and officially replaced the “Great Patriotic War”—the Soviet name for World War II, which is still used in Russia—with the “Second World War.” 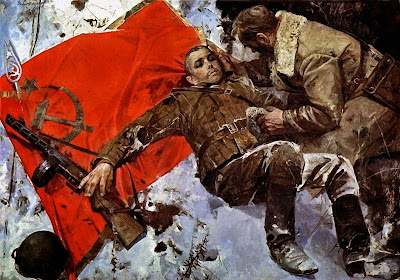 The law also banned the playing of the Soviet national anthem, the display of the hammer and sickle flag, and mandated the renaming of streets named after Soviet leaders such as Vladimir Lenin.

This video was the 2014 victory Parade in Donetsk