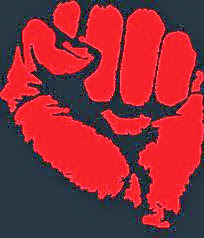 Ajith along with an aide identified by police as Ismail Hamaza Chiragpilli was arrested from a hospital.

The Maharashtra Anti-Terrorism Squad (ATS) has claimed to have arrested senior Maoist leader Ajith (62) – who also goes by the names K Muralidharan and Thomas Joseph – from the outskirts of Pune city early on Monday morning. Ajith along with an aide identified by police as Ismail Hamaza Chiragpilli alias Pravin alias James Mathew (29) was arrested from a hospital in village Talegaon Dabhade – about 30 kms from Pune – and produced before a special judge on Tuesday morning. Additional Sessions Judge S V Mane has granted a seven-day police remand to question the two arrested accused. Police did not clarify how long the duo have been living in Talegaon. Police described Ajith as a close aide of top Maoist leader Ganapathy.

They said that Ajith and Ismail were residing in Talegaon Dabhade under a false identity. The duo has been booked under Indian Penal Code (PIC 419, 467, 468, 471 and 34 read with UAPA sections 10, 13, 20, 38. “We have arrested them yesterday from Moraya Hospital in Talegaon Dabhade after getting a tip off from a source. They belong to the banned CPI (Maoist) party. We will be releasing a detailed note for the press later,” said Bhanupratap Barge, Senior Police Inspector, ATS (Pune Unit). A large contingent of police personnel was deployed at the Shivajinagar District and Sessions Court. The police did not allow the media persons to sit for the remand hearing citing ‘need of secrecy’ and security reasons. The two accused were produced in the court with their faced covered with a hood. When he was escorted out from the ATS office, Ajith told media persons, “I am a member of the CPI Maoist party. I shouldn’t have been arrested like this. My arrest is illegal.”
http://indianexpress.com/article/india/maharashtra/maharashtra-ats-claims-to-have-arrested-senior-maoist-leader/

PUNE: Maoist leader Murali Kannambally has been held by the Maharashtra police. Murali, a native of Ernakulam, was arrested from Pune along with another Maoist identified as Ismail, brother of Moideen of Pandikkadu, the master brain behind the Maoist attacks in Kerala. The police are questioning the two in a secret place. Murali, accused in attacking the police station at Kayanna in Kozhikode in 1970 was absconding for the past 40 years. Murali, engaged in terrorist activities in north India, had published various books in Maoism. Murali, who was a student of Kozhikode Regional Engineering College, discontinued his studies and fled the state. As a student, he became a part of naxalism and later formed a naxal group named naxalbari. When a split was witnessed, he stood with K Venu. Later, when the Maoists merged again, he led the main leadership of naxalbari
Posted by nickglais on 5/10/2015 04:33:00 AM