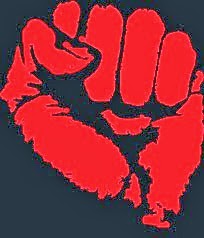 COMMITTEE FOR THE RELEASE OF POLITICAL PRISONERS

As confirmed by the newspapers and further affirmed by civil rights activists, Maoist intellectual and writer Mr. K. Murali and another activist Mr. CP Ismail are shown arrested by the Maharashtra ATS in Pune allegedly from a housing colony.

But contrary to the news paper reports, civil libertarians confirm that Mr. K Murali was undergoing treatment in one of the hospitals in Pune and was detained from there.

Whatever one could decipher from the little exchange that he had with the media, it is clear that Mr. K Murali, a senior citizen (62) was arrested while he was undergoing treatment.

CP Ismail is 29 years old. The date of the arrest is still not clear though it is reported that the ATS arrested him on Friday and then produced him before the court to be remanded in police custody for the next 7 days.

It is a matter of grave concern that Mr. Murali who is a heart patient and had undergone a heart surgery before is not being allowed to be treated.

Rather the court has left him in police custody where there is every possibility that his health can further deteriorate.

In the mean time, Murali and Ismail have so far not been allowed to reach out to their lawyers.

Like every other political prisoner normally slapped with the draconian UAPA, Mr. Murali and Mr. Ismail will be no exception to the lawful lawlessness of this worst ever legislation which proves the burden of proof on the accused while leaving ample space for the police to indulging every kind of impunity.

As a Maoist intellectual K. Murali is the author of many books and articles on the politico-economic and historic trajectories that contributed to the constitution of the social formation that is Kerala.

His most discussed work is Land, Caste and Bondage (Bhoomi, Jati, Bandhanam) in Malayalam.

He was the editor of ‘A World to Win’ and ‘Massline’ two theoretical and political magazines that analyzed the local and international scenario from a Maoist perspective.

We at the CRPP demand that the right to silence and right to a lawyer of their choice be met with and their fundamental right to safeguard them from being tortured be ensured.

We further demand unequivocally that the place for such social and political thinkers who through their keen observations and interventions have enriched and expanded the horizon of the debates on issues that are central to the present and future of the vast sections of the people in Kerala and the subcontinent cannot be in the dungeons.

They should be allowed to express their views and opinions freely, not only as a fundamental right of their freedom of expression, but also for the deepening of the democracy that we claim ourselves to be.

Repeal the draconian UAPA and all other anti-people laws!