Ukraine: Remember Odessa - Never Forget the Atrocities of the Banderite Fascists of May 2nd 2014 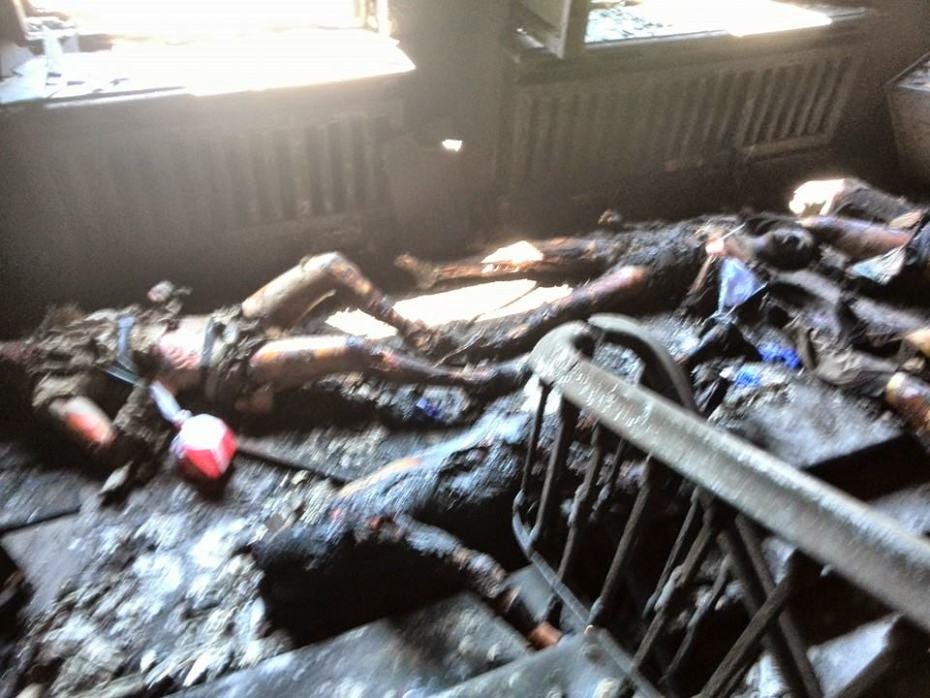 We demand the fascists who fire bombed and murdered 42 people in the Trade Union House of Odessa on 2 May 2014 are found and brought to justice!

No impunity for... Banderite fascists!


On May 2, 2014, dozens of people were killed in Odessa, Ukraine, after far right thugs set the Trade Union House on fire.

Amongst those killed were many who were participating in the anti-Maidan "Kulikovo field" protest camp, including communist activists.

There has not been any serious investigation into the events by the Ukrainian authorities.

The Solidarity with Antifascist Resistance in Ukraine campaign was established at a London meeting on June 2nd, 2014, and one of its aims is precisely "to demand that the killers of 42 people at the House of Trade Unions in Odessa on May 2nd be brought to justice."

On May 2nd, 2015  gathering outside the Ukrainian embassy in London to demand JUSTICE FOR ODESSA - NO IMPUNITY FOR FASCIST KILLERS 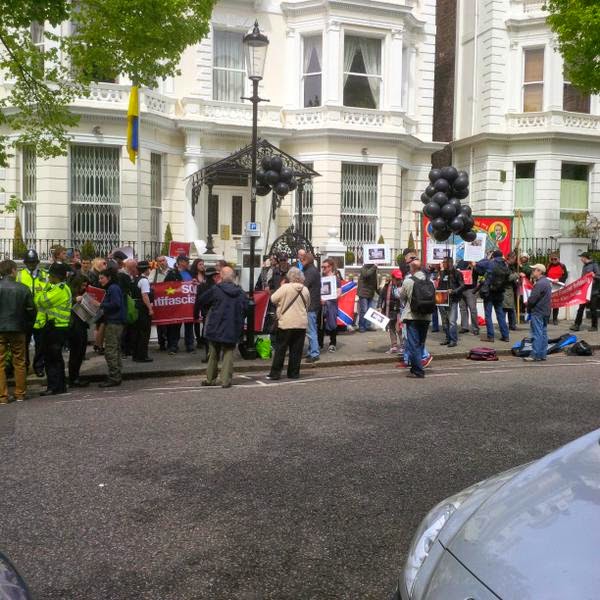 Democracy and Class Struggle says we must never forget the fallen brothers and sisters and comrades. 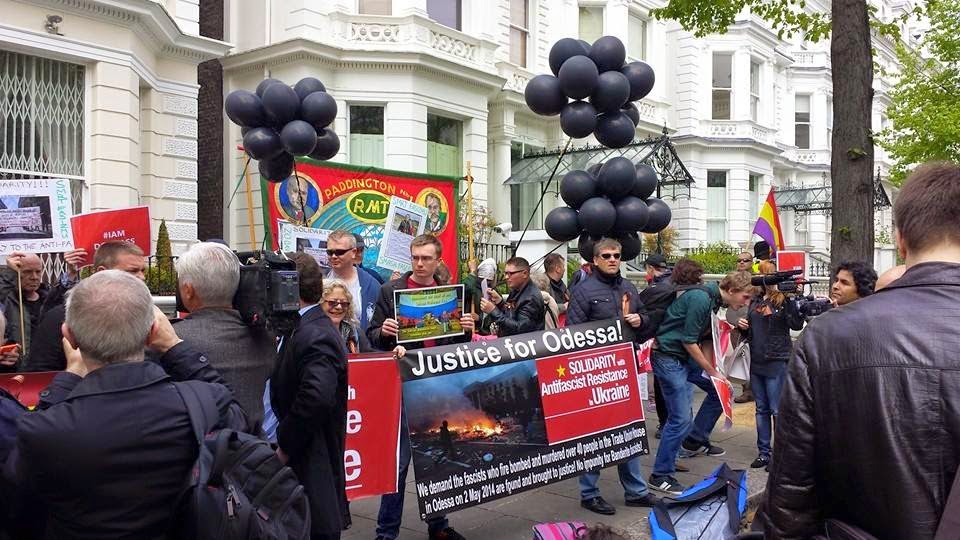 All were local people and were anti fascists - although we are aware of some political filth trying to smear these dead people has just Russian separatists or Stalinists and somehow deserving of their fate - to such people all we can say is that these deaths are weightier than Mount Tai but your death political filth will be lighter than a feather.
Posted by nickglais on 5/02/2015 05:49:00 AM