Wales and First World War by Nickglais Part 2 : The Heart and Soul of the Anti War Opposition Niclas y Glais 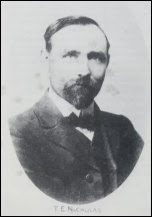 
"Not one public figure … including ministers was a pacifist. I travelled a lot through Wales talking about peace and correcting some of the deceitful remarks that were being made about the cause of war."


In January 1914, Niclas y Glais ( Niclas of Glais) left Glais near Swansea  - a village whose name he would carry for the rest of his life  - for the Cardiganshire village of Llangybi, to be pastor of two Welsh Independent churches, Ebeneser, Llangybi and Llanddewi Brefi.

By August 1914 the quiet was shattered even in  peaceful Llangybi by the outbreak of the First World War.

At once Niclas y Glais turned his efforts to condemning the War.

In Part 1 of this study we showed how War emotions and anti German feelings were running at fevour pitch in Wales as well as the rest of Britain and no public figures or Church leaders in Wales opposed the War with  Germany, so it took strong moral and personal courage to take the stand against the war that Niclas y Glais did in 1914.

In November 1914 Orders in Council from the Government forbid publishing anything against the War.

‘forbid publishing anything that is likely to retard recruiting or reflect in any way on the actions of the Government with regard to the war. The penalty is suppression of publication and
confiscation.’

However this did not stop Niclas y Glais writing a series of articles on ‘The Unjust War’ in The Merthyr Pioneer.

In 1915 his  close friend Keir Hardie died,  it is said his heart broken by working class acceptance of all the anti German  hysteria and the emotional Jingoism of the time. Kier Hardie was booed at public meetings beacuse of his anti War stance.

Niclas y Glais  preached the sermon in the memorial service for Kier Hardie at Siloa Chapel in Aberdare in 1915 , with police in the congregation taking notes.

Niclas y Glais was then summoned for sedition under the notorious Defence of the Realm Act (DORA) for his sermon.

In the end the  Home Office refused to proceed with the prosecution has it was a service to commemorate a prominent pacifist and socialist. 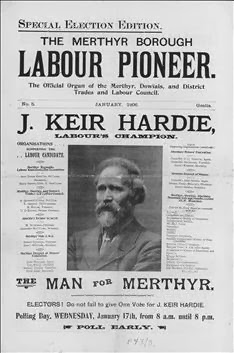 Again in  1918 the authorities used DORA to bring him before the Lampeter magistrates for a
sermon he had preached in his own church but he succeeded in getting the case dismissed by
showing that the comments which caused offence were in fact a quotation from Philip Gibbs.

At the beginning of January 1918 Nicholas as a minister of religion received a circular from the National War Aims Committee requesting him to engage his congregation on a certain appointed Sunday in a 'Day of Prayer' to the 'Lord of Hosts' for his blessing on the war effort. He refused.


"I cannot subscribe to a single item set forth in your letter; and I think it is only right that you should know that. When I think of Mesopotamia and the Dardanelles and Ireland, I cannot admit that God has been with us. When I think of the treatment meted out to the Conscientious Objectors, and to the Peace Workers, I cannot ask the Father of all men to bless the methods of the country. I believe that Germany did as much as any country to avoid the war in 1914; and I know that Germany has done more than any country to bring the war to an end. I feel it my duty to let you know that the desire for peace is very strong; and the churches have seen their mistake in committing themselves to the War Aims of the War Cabinet without knowing what those aims were"

On Sunday, 29 September 1918, Niclas y Glais and W. C. Anderson M.P. were to address a
meeting of ILP at  Mountain Ash but the meeting had to be abandoned because of the trouble
caused by discharged soldiers, whose abuse included such sentiments as ‘You would let the
Germans come here’ and ‘Get these conscientious objectors off the stage or else we will come
down and do it.’

A certain Captain Lindsay who saw it has his mission in life to "get"  Niclas y Glais in October 1918 sent a dossier on the Special Branch containing transcripts of some of Niclas’s recent speeches in Glamorgan, claiming that he found sedition in the speaker’s abuse of Prime Minister Lloyd George, his description of King George V as  ‘an individual who has not sufficient talent to be Chairman of a Parish Council’ 'and his attacks on the whole capitalist system.

However, this was overtaken by the event of the Armistice of 11 November 1918

Niclas y Glais  received an invitation from the ILP to stand as a candidate in the Aberdare constituency in the 1918 election. His opponent was a local man who had won the seat in succession to Keir Hardie.

Stanton stood for the group called the National Democratic Party (NDP) Niclas y Glais  was reportedly mistreated. He won 6,229 votes to Stanton's 22,824, a majority of 16,595.

During this period Niclas also had been active in organising the Cardiganshire lead miners and the establishment of  an Agricultural labourers Union in North Pembrokeshire and Cardigan in 1918.

He resigned from the religious ministry in 1918 and established himself as a dentist in Pontardawe and by 1920 was one of those present that founded the Communist Party in Wales.

Niclas y Glais was a spokeman for the Gwerin the Folk or Common People of Wales and not for the Crachach to which everything Welsh is just an opportunity for personal ambition - Lloyd George epitomises this opportunist current in Welsh Life national life which on the back of Welsh issues climb into politics but when London calls shed Wales for the Empire or the British in line with the Cymmrodorion in the 18th century.

It is time we realised that in Wales the real enemies are not the English but the Crachach who Speak Wales or Welsh, but Practice England and English .

Just like the First World War gave us in the Labour Party of Socialists in words but Imperialists in deeds - Social Imperialism.

Niclas y Glais connected to the Gwerin and built his politics on a solid base and hated the pro Imperialist Crachach and the Social Imperialists  - we would do well to emulate him today.