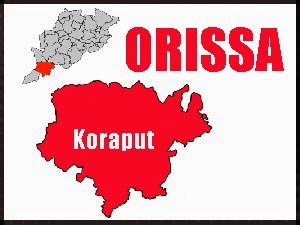 This article reflects the personal views of Harsh Thakor

On December 6th 2013,today we commemorate the 25th death anniversary of Comrade Purushottam Palli ,the veteran tribal Communist leader from Koraput.who expired on this date in 1988. Com.Palli sowed the seeds for revolutionary tribal movement in Orissa.

Born in Nandapur of Koraput district Comradae Palli received no formal education, but Revolutionary practice, and his consistent habit of reading political literature and classics made him grasp Mao Tse Tung Thought.

He devoted his whole life to the cause of revolution. He joined the Communist Movement in 1952 becoming a C.P.I. member in 1955. He never let ups and downs in the Communist Revolutionary movement affect his conviction. Revolutionary comrades need to ressurect the sprit of Comrade Palli,one of the greatest Communist revolutionaries of all time.

He was a classic example of how one could become a great revolutionary and grasp theory without even primary education,being a great exponent of mass line and agrarian revolution.

In 1964 Palli joined the C.P.M and became the Koraput district committee till he joined the C.P.I.(M.L.) in 1967,after being inspired by the Srikakulam Girijan Struggle.

He was detained in VishakapatnamCentral prison in 1969.Later he broke away from jail remaining underground, working on his own and combating varieties of both right and left opportunism.  From the early 1970’s he demarcated from the individual terrorist line of the C.P.I.(M.L.). Later in 1975 he joined the U.C.C.R.I.(M.L.)

He later set the seeds for the tribal movement in Koraput..In the prolonged 2 line inner-organizational struggle in the U.C.C.R.I.(M.L.) starting from the mid 1980’s he strove for the correct trend. and supported the merging of different streams into the Centre of Communist Revolutionaries of India(C.C.R.I.) in August ,1988.Ultimately he succumbed to prolonged illness.

Whatever the immortal sacrifices of the C.P.I (Maoist) which will be written in red letters in Communist revolutionary history they have yet to develop correct practice towards building of mass organizations and movement.

From 1988-2003 the tribal movement made strides in the revolutionary democratic movement which will be written forever in the annals of the Indian revolutionary movement in setting up a red base area.

‘The glories of the past do not build up an organization It is built by a correct political leadership, capable of providing clear political vison to the people. It is also necessary to connect the struggles of he tribals to the working class and other section s of the peasantry.

In the overall frame of the peoples democratic revolution, the tribals have to become conscious of their place in the overall social and political context,and relation to the other exploited revolutionary classes.

Let us dip our blood in memory of this comrade who made an immortal contribution to the Communist movement, being a crusader of the massline.

Thanks for hereby pointing out it is comrade Harsh Thakor's personal view. On some other occasions I wish I had seen such thing in regard to comrade's summerizing everybody else; still, thanks Thakor and memory of Purushottam Palli is, eternal. Lal Salam