Red Salute to Nelson Mandela the revolutionary speaking in 1961

Democracy and Class Struggle offers a Red Salute to Nelson Mandela the Revolutionary who led the struggle of the South African people for freedom against Apartheid. 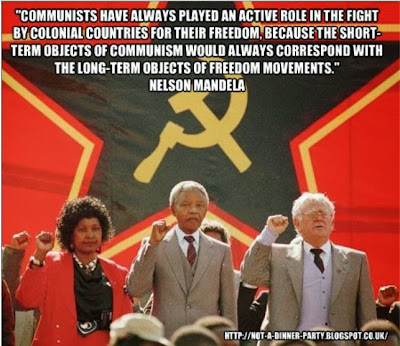 "We, the people of South Africa, declare for all our country and the world to know:
That South Africa belongs to all who live in it, black and white, and that no government can justly claim authority unless it is based on the will of the people."
The opening of the Freedom Charter

Nelson Mandela, in his handwritten Manuscript
'How To Be A Good Communist'