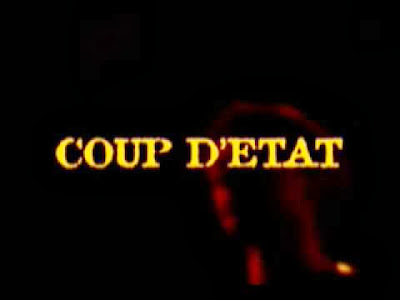 Democracy and Class Struggle calls on all comrades to take this appeal seriously has the situation in the Ukraine is deteriorating rapidly  - support Ukrainian Comrades - no sectarianism - comrades in need of support to fight Fascists.

The Communist Party of Ukraine has issued an urgent call for solidarity from the international workers’ movement, warning that an attempted fascist coup is underway in the former Soviet republic.

On the afternoon of Dec. 8, protesters in Kiev, the capital of Ukraine, toppled a statue of Soviet leader V.I. Lenin. The Svoboda (“Freedom”) party set up its flag and also the flag of the World War II era Nazi collaboration regime on the pedestal. The group’s leader, Oleg Tyagnibok, declared this vandalism to be the “political murder” of communists.

Protests began in Kiev on Nov. 21, uniting various pro-Western opposition forces under the name “Euromaidan,” after the government of Viktor Yanukovich announced plans to delay agreements toward integrating Ukraine into the European Union.

Yanukovich, who had strongly supported joining the EU, pulled back as European and U.S. officials poured on pressure to undermine the sovereignty of Ukraine’s bourgeois government. This pressure included extremely harsh terms for an International Monetary Fund loan.

While the numbers have been exaggerated in Western media reports, the pro-imperialist protests have grown and undertaken numerous provocations — including ramming a government building with a bulldozer.

The Svoboda group plays a leading role in the protest movement. Party leader Oleg Tyagnibok, a member of the Ukrainian parliament, has built his political career on appeals to anti-Russia nationalism and anti-Semitism.

Following the destruction of the Lenin monument, Anatoli Sokoliuk, head of the Foreign Affairs Department of the Communist Party of Ukraine, reported: “At 19:00 Kiev time, crowds of opposition in the city center are saying that their next target will be the President of Ukraine, Viktor Yanukovich. They are calling for the arrest of the Ukrainian government.

“The fascists have also called for the destruction of the Communist Party of Ukraine office and expressed a desire to kill all of our workers,” said Sokoliuk. “That is why I and my comrades will defend our headquarters.”

The German daily Junge Welt reported Dec. 9 that the Ukrainian government had begun raids against organizations involved in the Euromaidan movement. It is unclear what impact these steps will have on quelling the U.S./European-backed forces.

Anti-war and solidarity activists in the Europe . must be on alert to respond to further provocations by the West and by fascists inside Ukraine
Posted by nickglais on 12/10/2013 01:59:00 PM