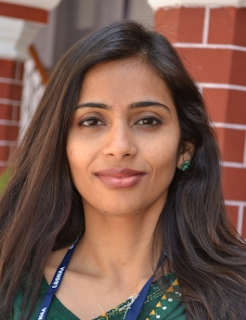 Democracy and Class Struggle agrees that the principal issue is a Labour Law violation but there is a secondary matter of the contempt in which the USA holds its allies and of course the NSA Spying recently illustrated that very well.
If India does not want to have its diplomatic staff treated with contempt by USA Then we suggest India picks better friends and not confuse its enemies with its friends.
Or to put it another way stop being a running dog of USA like UK and stop declaring War on your Own People for US and other Capitalist Corporations - treat India's poor with respect.

by Shuddhabrata Sengupta
by GHARELU KAAMGAAR SANGATHAN, (GKS) Haryana & New Trade Union Initiative (NTUI)
We express strong outrage at the Indian government’s reaction to the case of visa fraud and exploitation of her domestic worker against Deputy Consul General Devyani Khobragade in the United States.
In its dealing of the case, the Indian government is only seeking to protect the dignity and honour of Ms. Khobragade, and has shown a complete lack of respect for the underlying issue – that of the abuse and exploitation of a domestic worker by a senior official.
Ms. Khobragade’s father, Mr. Uttam Khobragade, is a politician and has a played a harmful role in suppressing the facts of the case and in diverting attention from it.
What Ms. Khobragade has done is not an uncommon practice among diplomats and government officials.  It is difficult to expose such crimes as domestic workers, in their vulnerable and terrified state, are unable to bring such employers to justice.
Minister Shashi Tharoor commented that Ms. Khobragade is being singled out.  Instead of protecting such shameless employers, Minister Tharoor should be congratulating investigating agencies who have exposed this common practice.
While we condemn the alleged strip search and cavity search that Ms. Khobragade was subjected to, it is our belief that the outrage over her arrest and mis-treatment by officials cannot camouflage the deeper questions raised by the case.
In only speaking up for the deputy consular general, the Indian government has belittled a grave and serious concern of labour rights violation, by turning it into a foreign policy issue.
We believe India needs to be equally outraged for the plight of the exploited domestic worker, who is also an Indian citizen, and deserves a fair trial. The Indian government has turned a blind eye to similar cases before.
Media reports have only focused on interviewing Indian diplomats and officers and have not engaged with the domestic workers organisations in India.
We strongly condemn the one-sided media reporting and the narrow-minded Indian government’s selfish protection of official employers of domestic workers.
It has even been said that Ms. Khobragade was not paid enough to pay the domestic worker a decent wage.
Ms. Khobragade and employers like her can ask for a salary raise or not hire a domestic worker if they cannot afford to pay for one.
We immediately demand:

1) Prosecution of Ms. Khobragade to send a warning to other similar employers