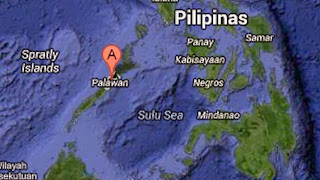 The US$40-million dollar funding from the US is likely to supplement the expansion of the Oyster Bay naval facility of the Philippine Navy in Palawan, in order to accommodate the biggest US aircraft carriers in its docks.
MEDIA RELEASE
CPP Information Bureau
19 December 2013


The Communist Party of the Philippines (CPP) today denounced the visit of US Secretary of State John Kerry to the Philippines, saying his statements and actions contribute to overall US efforts to heighten political and diplomatic tensions in the Asia-Pacific region in order to justify the further deployment of US rotational forces in the region. Kerry arrived for a two-day visit on 17 December.

“The heavy-handed presence of US armed troops, warships, drones and jetfighters in the region make the peaceful resolution of territorial conflicts, particularly in the South China Sea, more and more difficult,” said the CPP.

The CPP denounced the allocation of US$40 million by the US government under the Global Security Contingency Fund (GSCF) to supposedly strengthen the sea defense capabilities of the Philippines against China.

“US State Secretary John Kerry pretends to be altruistic and big-hearted in granting the Philippines the US$40-million GSCF funding when, in fact, American policy-makers always make strategic calculations of US interests for every dollar extended to its so-called allies,” said the CPP. According to US State Department documents, the US government extends GSCF assistance to its “partner countries” to enable them to “address emergent challenges and opportunities important to US national security”.

The CPP said the US$40-million dollar funding from the US is likely to supplement the expansion of the Oyster Bay naval facility of the Philippine Navy in Palawan, in order for it to accommodate the biggest US aircraft carriers in its docks. “The US military has long wanted to set up facilities in Oyster Bay because the deep waters allow its warships to dock near the shores.”

The CPP said such military funding “is unduly drawing the Philippines to an arms buildup campaign which serves the interests of the US, causing China and other countries in the region to race ahead of each other in the purchase or production of war materiél, which would invariably benefit the US military-industrial complex.”

“The Filipino people should denounce Kerry for declaring all-out US support for the large-scale rearmament efforts of Japan and plans to spend as much as US$240 billion to buy stealth fighters, drones and submarines,” said the CPP. “Upon US prodding, the weapons buildup in Asia is now being boosted by the Abe government’s campaign to revive the military power and dominance of Japan.”

“The CPP denounces the Aquino regime for exhibiting extreme obsequiousness to the US government when it continues to allow the US military to build up its rotational presence in the Philippines. Aquino has even followed the US lead with regard to Japan when he declared that he was seeking to forge a military treaty with the Abe government.”


The CPP further denounced the US government for engaging in “disaster interventionism” in using the devastation brought about by supertyphoon Yolanda (Haiyan) to “glamorize American troops by letting them carry relief and emergency supplies aboard their nuclear-capable warships and missile-carrying helicopters.”'


On a different note, the CPP likewise called on the Filipino people “to reject the offer of the US government to categorize the Philippines as being under US ‘Temporary Protection Status’ to supposedly ease restrictions for Filipinos seeking employment in the US.”


The CPP branded the US offer as “extremely hypocritical” as the Obama government continues to make life difficult for Filipino immigrants in the US, especially those coming from the working class, who not only suffer from widespread unemployment, but from the highly restrictive and punitive US immigration laws.
Posted by nickglais on 12/19/2013 11:24:00 AM