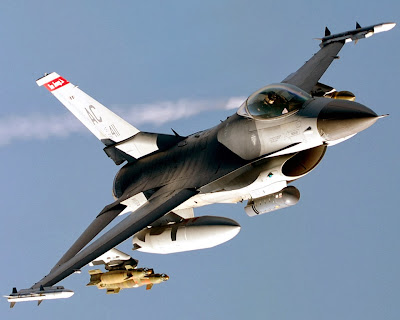 The Communist Party of the Philippines (CPP) today marked the 65th anniversary of the Universal Declaration on Human Rights by calling on all advocates and defenders of human rights and international humanitarian law to expose and oppose the aerial bombing campaigns being conducted by the Aquino regime and its armed forces which have been damaging people’s properties and agricultural livelihood, endangering the lives of people, and causing grave psychological trauma to residents.

“The indiscriminate bombing runs being conducted by the Armed Forces of the Philippines under its Oplan Bayanihan war of suppression are grave violations of human rights and international humanitarian law,” said the CPP. “The Aquino regime is utterly hypocritical in claiming that it upholds peace and human rights when it continues to commit grave abuses and brutalities against the people.”

In calling for a campaign to oppose aerial bombing operations by the AFP, the CPP pointed to the recent bombing runs conducted by the AFP last 18, 21, 23 November, and 4 and 6 December, in Davao del Norte and Compostela Valley.

On 18 November, at 6:30 am, the 66th Infantry Battalion dropped bombs at Barangay (village) Mahayahay in Maragusan town, Compostela Valley. This was followed by day-long strafing of bullets forcing residents of the barangay to evacuate their homes.

At 10:30 am of 21 November, the AFP bombarded Sitio Bunlang and other communities in Davao del Norte using 105mm howitzer canons. This was followed by the dropping of bombs at 4:00 pm by MG-520 helicopters in North Davao and Maco town. On 23 November, the AFP employed at least two MG-520 helicopters to drop bombs over farmlands in Barangays Elizalde, Teresa and New Barili in Maco town, Davao del Norte.

On 4 December, at 9:30 am, the AFP bombarded Sitio Lim-aw and Sitio Gakub, in Barangay Teresa, Maco town with 105mm howitzer canons, forcing peasants to evacuate. On 6 December, MG-520 helicopters dropped bombs in Sitio Binagyuhan and Sitio Barabay in Barangay Malamudao, and Sitio San Vicente in Barangay New Barili in Maco.

“In their desperation to meet their vain hope of decimating the New People's Army by 2013, and waging a war against the revolutionary mass base, the AFP has resorted to the brutal use of aerial bombings and other means of indiscriminate attacks against civilians,” said the CPP.

Earlier in 29-30 August, the AFP carried out massive aerial bombings in the Mountain Province, damaging farmlands, indigenous irrigation systems and the natural environment in the northern barangays of Sagada and parts of Bontoc. In May, another aerial bombing was conducted by the AFP in Malibcong town, Abra. Such aerial bombing campaigns have resulted in grave psychological trauma in children.

“Over the past three years, Aquino’s Oplan Bayanihan has revealed itself as being no different from the previous brutal military campaigns such as Arroyo’s Oplan Bantay Laya 1 and 2,” pointed out the CPP.

“The reactionary armed forces, police and paramilitary organizations continue to violate human rights with impunity targetting the poor communities where the people have been rising up and raising protests against the oppressive and exploitative system,” said the CPP.

“Aquino’s armed forces continue to carry-out extrajudicial killings. Last 6 December, just a few days before Human Rights Day, the operating troops of the 1001st Division Reconnaisance Company and the 71st Infantry Battalion carried out the killing of Pedro Tinga of Barangay Malamudao, in Maco town,” the CPP pointed out.

“In violation of the provisions of the Comprehensive Agreement on Respect for Human Rights and International Humanitarian Law (CARHRIHL), the Aquino regime continues to jail no fewer than 400 political prisoners, including 13 peace consultants of the National Democratic Front of the Philippines (NDFP),” added the CPP.

“Aquino’s stubborn insistence to detain the NDFP peace consultants further violates the Joint Agreement on Safety and Immunity Guarantees (JASIG) which has impeded the resumption of formal peace negotiations between the Aquino government and the NDFP.”