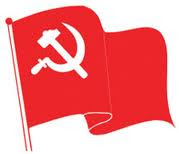 
Condemn the Murder of Comrade Rao

The killing of Comrade Mallojula Koteshwaor Rao ‘Kisanji’, politburo member and top leader of CPI(Maoist), on 24 November, by Indian armed forces in Burisol forest area of west Midnapur district in west Bengal, has shocked and saddened us. According to the latest information, that he was captured on November 23 and was murdered cowardly after his refusal to surrender. That’s why, we condemn this fake encounter and demand to the Central and West Bengal State government to form an independent commission to investigate the killing of comrade Kisanlji and to take the action against those criminals, who were involved in the killing.

Comrade Rao was one of the main top leaders of CPI( Maoist). He began to provide his political contributions in the Communist Movement, as a student member of ‘Radical Student Union’, from his birth place Andhra. Thereafter, he led the party in Andhra, Bihar, Maharastra, and West Bengal. He did great effort and provided a great contribution to develop the guerrilla warfare in West Bengal. He was a true leader of international proletariat.

On the killing of a top leader like him had dealt a blow to the entire communist movement of India. In this moment of deep sorrow, we express our solidarity with the Comrades of CPI (Maoists) and share our hearty condolence to the comrade Kisanji’s relatives.

This is not the official press statement of UCPN(Maoist). This is the Statement by Baidhya Faction. The Next Front made it’s translation in to English and first time it was published in The Next Front.

Thanks! Comrade Kiran’s statement gives us genuine hope. The international revolutionary movements have to have dialectic interaction among them. Imperialist structure cannot survive for long. Nepal’s progressive forces have an important role to paly.
On behalf of oppressed Sri Lankan Tamils
inioru.com

This news is incorrectly stated. While it is indeed true that Comrades Kiran and Badal signed this statement, it is not a central committee statement. Infact, the 'leadership', meaning Prachanda, who seems to have the right to act as the sole representative of the CC, has not agreed to send even condolences let alone a condemnation, for the fear of 'annoying India'.

After re-checking some blogs, I would like to withdraw my previous note sent to you. The statement indeed went on behalf of the CC, written on the CC note paper.