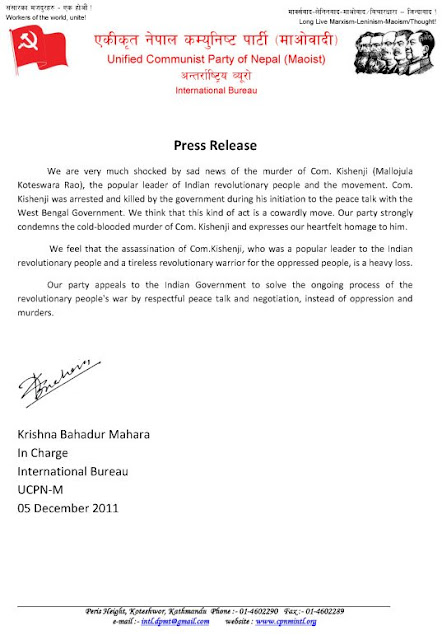 We are very much shocked by sad news of the murder of Com. Kishenji (Malojula Koteswara Rao), the popular leader of Indian revolutionary people and the movement, Com. Kishenji was arrested and killed by the government during his initiation on the peace talk with West Bengal Government. We think that this kind of act is a cowardly move. Our party strongly condemns the cold-blooded murder of Com.Kishenji and expresses our heartfelt homage to him.

We feel that assassination of Com. Kishenji, who was a popular leader to the Indian revolutionary people and a tireless revolutionary warrior for the oppressed people, is a heavy loss.

Our party appeals to the Indian Government to solve the ongoing process of the revolutionary people's war by respectful peace talk and negotiation, instead of oppression and murders.