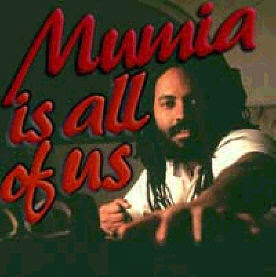 
Headline: On the 30th anniversary of his arrest and imprisonment, campaigners call for immediate release of Mumia Abu Jamal

Between 5.00 – 7.00 pm on Friday 9th December 2011 campaigners will assemble at Speakers Corner and make their way via Marble Arch and Oxford Street to the US Embassy London. They will be there to demand the unconditional and immediate release of Mumia Abu Jamal.

This date marks 30 years since Mumia Abu Jamal was arrested and imprisoned in Philadelphia, USA. Accused of murdering a police officer, the journalist and former Black Panther Abu-Jamal has always stated his innocence. Following his conviction he languished on death row under a sentence which has now been ruled unconstitutional.

Earlier this year US Court of Appeal, Third Circuit, Philadelphia, USA set aside Abu-Jamal's death sentence because of procedural irregularities during his trial. This decision has since been upheld by the Supreme Court, automatically reverting the sentence to life imprisonment.

UK campaigners are joining others in France, Africa, US and internationally who are actively calling for his immediate and unconditional release.

Mumia was arrested during the early morning hours of 9 December 1981, in Philadelphia for the alleged murder of a police officer. A former member of the Black Panther Party and award winning journalist outspoken in his condemnation of police corruption and brutality, Mumia had attracted hostile attention of police and city authorities before his arrest.

Despite a plea of ‘Not Guilty’, Mumia was tried in 1982 and sentenced to death the following year. The trial was a tragic example of everything that can go wrong in a capital case. The proceedings were marked by racism, inept legal representation, and a bigoted and prejudiced judge. The defendant was too poor to hire a good lawyer, investigator, or essential forensic experts in such fields as ballistics and pathology. Amnesty International stated proceedings did not meet international standards for a fair trial.

Earlier this year US Court of Appeal, Third Circuit, Philadelphia, USA set aside Abu-Jamal's death sentence over procedural irregularities during his trial. On Tuesday, October 11th the US Supreme Court decided to deny the appeal of the Philadelphia District Attorney (Seth Williams) which attempted to permanently re-instate the death penalty in Mumia’s case. The District Attorney has yet to make a statement as to whether or not he will seek a new sentencing hearing.

At the time of his arrest, Mumia was already known as the "Voice of the Voiceless" for speaking on behalf of the dispossessed and against government misconduct and speaking out against racism and police corruption. He was President of the Philadelphia chapter of the Association of Black Journalists. Today his weekly writings and radio commentaries from prison reach people in many countries.
Mumia Abu Jamal has always said his is not a special case. His case brings our attention to injustices faced by thousands of others. There are more than 20,000 people facing the death penalty worldwide. Internationally political opponents to the state face wrongful imprisonment, disappearances and extra-judicial killing. Poverty and race are real contributory factors in the imprisonment and inhuman treatment of prisoners in goals here and in the US.


Mumia is now being defended by Judy Ritter Esq. in association with the NAACP Legal Defence and Educational Fund. Judy Ritter Esq. has represented Mumia Abu Jamal since 2003.
Posted by nickglais on 12/05/2011 02:50:00 PM