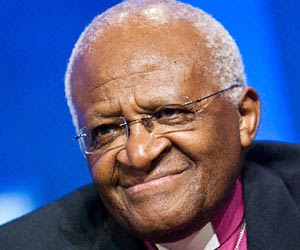 “Now that it is clear that Mumia should never have been on death row in the first place, justice will not be served by relegating him to prison for the rest of his life—yet another form of death sentence. Based on even a minimal following of international human rights standards, Mumia must now be released. I therefore join the call, and ask others to follow, asking District Attorney Seth Williams to rise to the challenge of reconciliation, human rights, and justice: drop this case now, and allow Mumia Abu-Jamal to be immediately released, with full time served.”

The news that the DA’s Office of Philadelphia is no longer seeking the death penalty for Mumia is no news to supporters of the nearly 30 year Pennsylvania Death Row prisoner. However, because Mumia has for thirty years been subjected to torture on death row and because he is innocent, justice for Mumia will not be served by life imprisonment, but by his release from prison.

Mumia’s case is like thousands of other cases in Philadelphia in which the prosecutor, the judge, and the police conspired to obtain a conviction. One of the most important and least known facts of this case is the existence of a fourth person at the crime scene, Kenneth Freeman. Within hours of the shooting, a driver’s license application found in Officer Faulkner’s shirt pocket led the police to Freeman, who was identified as the shooter in a line-up. Yet Freeman’s presence at the scene was concealed, first by Inspector Alfonso Giordano and later, at trial, by Prosecutor Joe McGill. Recently, the U.S. Department of Justice asserted that withholding evidence of innocence by the prosecutor warrants the overturning of a conviction.

The police investigation that led to Mumia’s conviction was also riddled with corruption and tampering with evidence. The recently discovered Polokoff photographs that were taken at the crime scene, reveal that officer James Forbes, who testified in court that he had properly handled the guns allegedly retrieved at the crime scene, appears holding the guns with his bare hands. The photos also discredit cabdriver Robert Chobert as a witness; his taxi, contrary to his testimony, is pictured facing away from the fallen officer’s car. This evidence hasn’t been reviewed by any court.

Our call to Seth Williams is that he honor DA Lynn Abraham’s 1995 promise to the city of Philadelphia that she would discard any cases where evidence surfaces that even one of the officers involved in an investigation lied in court or in written reports.

The D.A. may think that the case can be laid to rest by sending Mumia off to life in prison. But an aroused public, with the Supreme Court ruling the death sentence to be unconstitutional, is ready to challenge anew the entire trial. The same judge, jury, and DA that were involved in the unlawful sentencing process committed equally egregious violations in the conviction. This is not an ending, it is a new beginning for the movement supporting Abu-Jamal’s quest for release.