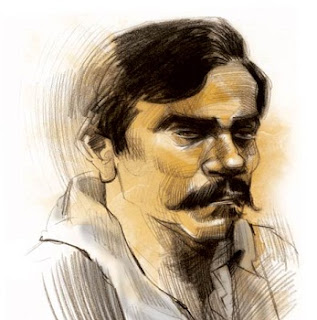 Communist Party of the Philippines
01 December 2011

The Communist Party of the Philippines (CPP) condemns in the strongest terms possible the brutal torture and cowardly murder of Comrade Malloujula Koteswara Rao, popularly known in India as Comrade Kishenji, spokesperson and Politburo Member of the Communist Party of India (Maoist).
The reactionary Indian government claims that Comrade Kishenji was killed in an encounter in the Burishol Forest Area in West Midnapore District, Jangalmahal, West Bengal. According to information provided by the CPI-Maoist, Comrade Kishenji was, in fact, negotiating with officials of the West Bengal government when he was treacherously seized and arrested by the fascists.

Comrade Kishenji is a beloved comrade and servant of the Indian people. His brutal murder has unleashed a wave of sorrow and indignation among the oppressed and exploited people of India as well as among the proletariat and peoples of the world.

The imperialists and reactionaries and their fascist lapdogs in India have succeeded in satiating their bloodlust in torturing and murdering Comrade Kishenji. But they will pay for this brutal crime. The Indian people will continue to advance along the revolutionary path of armed resistance and mass struggle.

In the end, the reactionaries will be overthrown and put to justice as the oppressed and exploited stand triumphant in their struggle for national and social liberation.
Posted by nickglais on 12/04/2011 03:15:00 AM