Deja Vu - From Browder to Prachanda - How did we develop our revisionism ? by W Z Foster 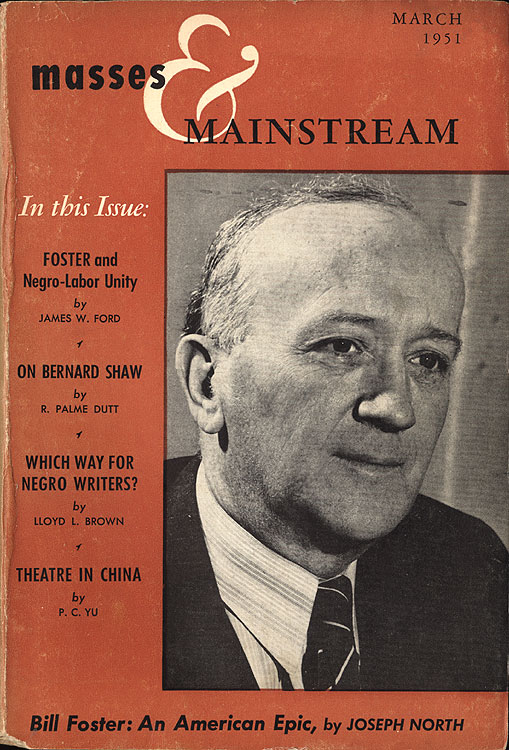 
Re-reading an old article of Bill Foster on Revisionism I was struck by a feeling of Deja Vu - we had been here before -  not once but countless times and until we cease the relentless cycle of revisionism our movement will never go forward.


I have highlighted Bill Foster's words which ring true has a criticism of Prachanda and revisionism today.


Prachanda despite all his protestations to the contrary is mechanically replicating revisionism has peaceful accomodation and not revolution becomes his real objective.


How did we develop our revsionism by William Z Foster

How did it happen that Comrade Browder could have our Party adopt as policy his crude revisionism, his apology for American imperialism, which has confused our Party's thinking, weakened its practical work, checked its growth, and injured its prestige among the broad masses?

First, I should say, it was because of an inadequate Marxist-Leninist training on the part of our leadership.


Although in the Party many comrades opposed Browder's line and there was much uncertainty and uneasiness generally, the leadership was not able to penetrate his bourgeois sophistries and to expose their anti-Marxist character.

The fact that our Party, throughout the war and even for some years earlier, had been in collaboration with the pro-Roosevelt minority section of the bourgeoisie, gave Comrade Browder a convenient jumping-off place for his attempt to have us cooperate with the whole bourgeoisie, including its decisive, reactionary sections.

That our Party was not able to see through this opportunistic maneuver is proof positive that we are badly in need of strengthening our basic theoretical training, of refreshing our understanding from those “old (Marxist-Leninist) books” and “old formulas” that Browder wants us to discard as obsolete.

A second, and very decisive reason for our Party's falling victim to Comrade Browder's revisionism was the lack of political discussion and democracy in the Party. During the past several years we have allowed ourselves to depart widely from the principles of democratic centralism.


Browder has been conceded altogether excessive authority — to such an extent, in fact, that his word virtually became law in the Party. He was in the habit of simply laying down the policy, and few ventured to dispute his arbitrary pronouncements. Under such conditions, democratic discussion, self-criticism and collective leadership became almost extinct in the top committees of our Party. Besides this, the Party leaders and members poured out upon Browder an impermissible deluge of adulation and super-praise which placed him almost beyond the realm of our criticism.

In this situation there was no real political discussion of Comrade Browder's report on Teheran when lie unexpectedly produced his whole opportunist line at the January 1944, meeting of the National Committee. The fact that my letter at the time protesting to the National Committee against Browder's revisionism never reached the membership was due to the lack of democracy in the Party. If I had attempted to take my letter to the Party after it was rejected at the enlarged meeting of the Political Bureau on February 8, 1944, it would have resulted in my immediate expulsion and probably a split in the Party. Comrade Browder made this perfectly clear at the meeting in question. Hence, for the sake of Party unity, I had to confine by opposition to Browder's revisionism to the National Committee.

In assessing the blame for the serious error our Party has made, the whole top leadership, especially the National Board, bears a heavy responsibility. For, despite Browder's excessive authority, if the members of the Board, or even a substantial minority of them, had taken a stand against Browder's opportunism he could have been defeated. Unfortunately, however, no such development took place. Hence the responsibility of the Board is great.

But the overwhelming share of the responsibility of the error rests with Comrade Browder himself. He originated the opportunistic policies, he theoretically developed them, he used all his power and authority in the Party as a long-time international Communist leader to have them adopted. And now, refusing to admit his error, he has voted and written against the National Committee's resolution which corrects his errors. It is not too much to say that had any other leader in the Party than Comrade Browder presented such a distortion of the Teheran Conference to our Party it would have been rejected as rank opportunism. But Browder was able to put it across because of his great prestige and his over-centralized authority.

All this goes to emphasize the basic need for the development of true democratic centralism in our Party.

In the new leadership that will grow out of this situation there must be not one-man control, but a genuine collectivity of effort. There must also be a re-establishment of self-critcism and free political discussion.

Only upon the basis of these correct Leninist principles can the all-important Communist clarity, unity and discipline be developed.