Democracy and Class Struggle publish the above video for information on the War in Turkey against the Kurdish People - we do not approve of political line of video - although it is better than the BBC which ignores the Turkish State war on the people of Kurdistan.

We also publish a report below from Journeyman pictures on the Hidden war against the Kurds. 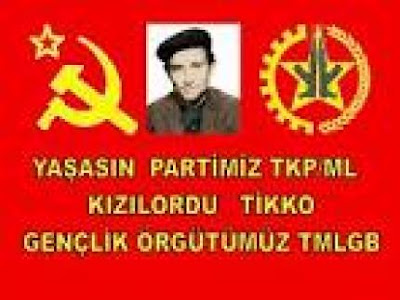 The HDP opposition cannot carry out it electoralist politics under the combined threat of Turkish State and ISIL terror - In these Turkish operations, more than 3,000 people were arrested and more than 1,000 were imprisoned - the Kurdish people have to the right to rebel against the Turkish State and fight a People's War and defend themselves from attack.


In our country, we don’t beg for fascists to take responsibility !  Bullets do the work!’’ say TKP ML - TIKKO