Israeli Prime Minister Benjamin Netanyahu, in a speech on Tuesday to the Zionist Congress, blamed a Palestinian, Grand Mufti of Jerusalem Haj Amin al-Husseini, for the Holocaust. 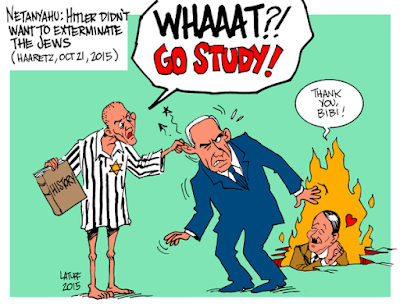