India: Stripping of Dalit Family in Dankaur: A Fact-Finding Report by India Resists 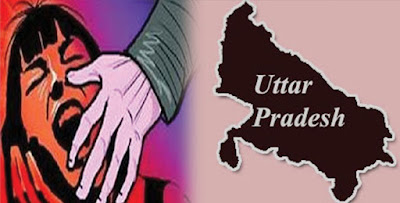 A Clear Case of Police Atrocity on Dalits

In the wake of photos and videos of a Dalit family being stripped in Dankaur doing rounds in social media and news reports of the same a fact finding team of CPI-ML and RYA activists today (9th October) visited Dankaur and the village of Atta Gujraan around 5 Kms from Dankaur, which is home to the Dalit family. During the course of the visit we met some family members of Sunil Gautam (the man in the photos and videos), his neighbors as well as eye witness to the actual incident in Dankaur town. We also tried to locate the person who had taken the photos and the video and subsequently circulated them over social media

Background and Sequence of Events

On the evening of 6th October (Tuesday) Sunil Gautam a Dalit belonging to the Jatav community and resident of Atta Gujran village and his elder brother Sonpal were watering the small plot of land which they owned near Dankaur town. It was late in the evening and was getting dark, at this time three men stopped on the road and threatened both Sunil and Sonpal with knives and katta (country made revolver) and looted their bike (which belonged to Sunil), money, keys of Sonpal’s autorickshaw and ran away with it. After this both Sunil and Sonpal went to Dankaur Police Station and asked for a FIR to be filed. At this point the police refused to file an FIR.

The next day (7th October) Sunil and Sonpal along with their wives Harwati and Reeta, the wife of Sunil’s youngest brother Sudesh, Babita along with the Sunil and Sudesh’s children (all of them within the age group of 6months – 3 years), in total eight of them sat on a dharna in Dankaur demanding immediate filing of FIR with specific charges of looting and physical assault. The site of the dharna was opposite the shop owned by Sunil’s family. Then SHO Pravin Yadav, in civilian dress, came to the dharna site and started beating Sunil and tearing his clothes at this point his wife tried to intervene and the SHO started to beat Reeta and tearing her clothes. Having lost all hope and frustrated with the inaction and atrocity of the police they tore their own clothes as an act of protest.

Stripping oneself as an act of protest against the powers that be is not something new for fellow travelers of movements. We have seen that in the wake of the rape and murder of Manorama Devi, women in Manipur stripped themselves and openly challenged the Indian Army to Rape them. 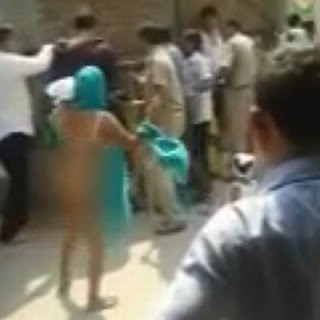 The aftermath of the incident is extremely shocking. After Sunil and his wife stripped themselves the SHO arrested all eight of his family members and took to the Gautam Budh Nagar District Jail at Luksar.

It is even more alarming that two separate FIR’s have been filed against the family, which includes three infants, one by apparently the ‘public’ which contains sections IPC 341, 504 and 294 (Indulging in obscene acts).

From the charges that have been foisted on the family along with the photos and videos it becomes clear that it is a case of police atrocity and targeting Dalits.

As of now all eight of them including three infants are in Luskar Jail. In their village there is only Sonpal’s daughter Bharti, Sunil’s younger brother Sudesh and Sunil’s mother. We met Bharti in the village who being present at the site of the Dharna gave us an eye witness account. We couldn’t meet Sudesh who had gone to meet the Sunil and the rest of the family in jail.

It is the police which is squarely at fault for beating up Sunil and tearing his clothes who was only exercising his democratic right to protest as the police was not filling his FIR. Instead of heeding to his demand and filing the FIR the police has falsely charged with attempt to murder, when none of his family members had any weapon with them, they were only peacefully sitting on a dharna.

This is also related to the larger collapse of any semblance of law and order in UP.

This is not the first time that Dalits are being attacked with impunity during the rule of Akhilesh Yadav.

The SHO of Dankaur, Pravin Yadav should be immediately suspended and a case of atrocity on SC/ST should be filed against him.

The Family should be adequately compensated.