Rahman Abbas also wrote that the social and political scenario of the nation was
worsening with each passing day and it was their duty to raise (their) voice
against fascism, right wing intolerant forces and lawlessness which was promoted
as a strategy to divide country on the lines of religion, sentiments of segments
and dogmatic cultural doctrines 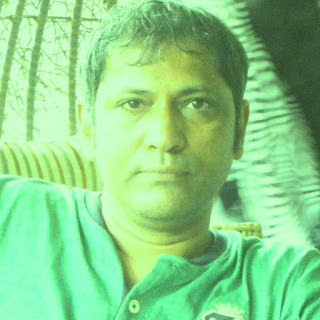 The social and political scenario of our beloved country is worsening with every passing day. Right wing forces have polarized nation in the name of religion, caste and ethnicity for political gains.

Dissent is systematically crushed and rational thinkers and writers are threatened and brutally killed in broad daylight.

The central... and state governments don’t show any eagerness to hold and punish murderers of Narendra Dabholkar, Comrade Govind Pansare and Prof Kalburgi.

The State is seemingly hesitant and hiding behind various excuses from banning organizations, which had reportedly played clandestine role in heinous crimes.

It is high time that writers take a stand.’ Vajpeyi had further said that Sahitya Academy had failed to rise to the occasion and respect its autonomy.

Moreover, on the 4 October six Kannada writers had returned literary awards in protest over delay in the inquiry into murder of Prof Kalburgi.

These authors had returned awards to put pressure on the state govt to hasten the probe and nab the culprits behind the murder of Prof Kalburgi.

This is high time, as said by Ashok Vajpeyi, and we cannot remain voiceless.

This might be a small step but in such volatile times, it is inescapable. It is our duty to raise voice against fascism, right wing intolerant forces and lawlessness which was promoted as a strategy to divide country on the lines of religion, sentiments of segments and dogmatic cultural doctrines.

I was awarded by State Sahitya Academy on my third novel ‘Khuda Ke Saaye Mein Ankho Micholi’ (Hide and Seek in the Shadow of God), hereby I announce that I am going to return this award to the state.

I demand that the state punish forces who had killed Narendra Dabholkar and Comrade Pansare.

I demand central govt to hold forces responsible who had instigated mob who killed Mr Akhlaq in Dadri.

I urge senior Urdu writers to take a stand as this is high time and our secular democracy is under attack.

My friends and fellow writers, history will judge you for your stances taken at such high times. Don’t disappoint me.