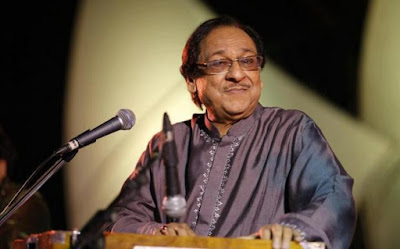 We, the following writers, artists, film makers, poets, musicians, dancers, theatre persons and art lovers strongly condemn the act of the Shiv Sena preventing the renowned singer Ustad Ghulam Ali from singing in Mumbai. The concert was organised in order to commemorate the death anniversary of Jagjit Singh, another very well-known ghazal singer.

Born in 1940 in British India, Ghulam Ali was a disciple of Bade Ghulam Ali Khan. After Independence Ghulam Ali endeared himself to the entire Indian subcontinent as well as other parts of the world with his inimitable music. "Chup ke chup ke raat din", "Kal chaudhvin ki raat thi" and "Hungama hai kyun barpa" are a few of his the celebrated ghazals. Ghulam Ali has enriched Indian movies also with his majestic music and is placed in the long tradition of musicians on the Indian subcontinent who transcend all political boundaries.

We strongly protest against the prevention of Ghulam Ali from singing to his fans in India as this violates the fundamental rights granted to every Indian citizen by the Constitution. Cancellation of Gulam Ali concert is a violation of freedom of expression guaranteed under Article 19 of the Constitution of India (b) to assemble peacefully and without arms.

We consider the blocking of Ustad Ghulam Ali’s access to Indian audiences as a grave threat to the secular and democratic tradition in India. We also express our deep shock at the inability of the Maharashtra government as well as the Indian government to step in immediately to facilitate the concert.

We assess this as a national shame.

South Asia is a nuclear flash point with both India and Pakistan possessing nuclear weapons. This tension can be diffused to great extend through people to people friendship and cultural exchanges. Music is borderless. People in India ; Pakistan listen to ghazals beyond the borders. Ustad Ghulam Ali is a cultural icon revered both in India and Pakistan.

As music lovers, we are aware that music can diffuse conflicts. By preventing Ghulam Ali from singing in India, the fascist forces are trying to spread hatred between the people of two countries. We condemn the design of these forces and we stand for peace and harmony between the people of India and Pakistan.

We, the citizens of India would also like to extend our sincere apologies to Ustad Ghulam Ali for the humiliation and harassment he has had to undergo due to the ban on his performance. We would like to assure him that his songs of love will be listened to, sung and disseminated in every corner of this country in response to the denial of his performance by the cultural fascists. We firmly believe that great music transcends all linguistic, caste, religious, geographical and political borders. We refuse to accept that any government or fanatical outfit has the authority to ban anyone’s music from being heard.

We demand the Government of India to take immediate measures to uphold the rights of both performers and audiences to share various cultural art forms and safeguard them from the growing phenomenon of sectarian hatred and communalisation.

We also demand the Government of India and in particular the Minister of Information and Broadcasting to condemn the banning of a great artist's music in the country and offer apologies to Ustad Ghulam Ali on behalf of the people of India.