India: This video of Maoists explains why the Indian Air Force is ready to use air strikes on its own people

Armies are not meant to be used against your own citizens, but the Indian state has a long history of doing that anyway, in Kashmir and the northeast.

The Air Force tends to stay away from this sort of thing as well, but did famously break from that policy in Aizawl in 1966, attempting to bomb strongholds of the Mizo National Front.

Now, it appears the Air Force is once again planning to go down this road.

As part of its anti-Maoist operation in Bastar, the IAF is now prepared to carry out air strikes against the extremists !!! ( comrades DCS )  in Chhattisgarh.

Having conducted drill exercises in the region, on Wednesday, Additional Director General of Police (anti-Naxal operations) R K Vij said the IAF would now be prepared to retaliate from the air if necessary.

Unlike Aizawl, however, this isn't going to involve bombs. Instead, the planned retaliation is primarily a response to Maoist willingness to attack IAF helicopters that are used primarily for rescue operations in the area.

In the video above, Maoists can be seen carrying out mock drills with bazookas and heavy artillery to shoot down Indian choppers. “Maoists have often fired at Mi-17s (helicopters).

We have lost personnel and people, but we have never retaliated,” Vij told The Indian Express.

Until now, authorities have been reluctant to fire from the skies, but the attacks on the helicopters,
including one that was brought down in 2013, has prompted a change in the policy, which is being termed as "self-defence.

It has been reported that on October 13, three IAF helicopters practised strafing a specified area of Bijapur, the heart of the Maoists population in the region.

We are not sitting ducks, we can also attack them. It will help us handle the situation better," Vij added. 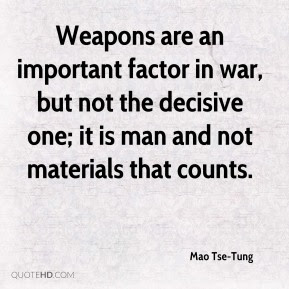