TKP/ML-TiKKO Carry Out Assault in Memory of the Ankara Massacre Victims :“In our country, we don’t beg for fascists to take responsibility ! Bullets do the work!’’ 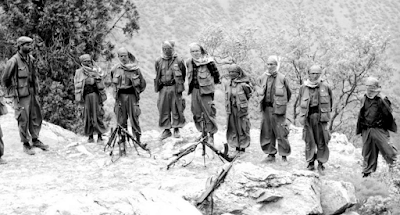 As a result of the massacre of 128 persons during the trade union-led ‘Work and Peace’ rally in Ankara, revolutionary organizations take on the task to hold the State accountable.

As of Sunday, TKP/ML-TiKKO is carrying out actions all around Turkey, in cities and mountains.

“In our country, we don’t beg for fascists to take responsibility !  Bullets do the work!’’

On Thursday, October 15, TiKKO guerrillas, associated with TKP/ML, carried out an assault against the military base of Amukta, in Hozat county of Dersim.

It was announced that this attack, in which 2 positions were destroyed and 4 soldiers were killed, was accomplished to commemorate those that lost their lives in the Ankara Massacre.

According to the declaration made by TKP/ML-TiKKO, on Thursday, October 15 at 1:00 pm, the guerrillas attacked the military base on Amukta Mountain, in Hozat, Dersim province. The assault was carried out with assault rifles and heavy weaponry. 2 military positions in the mountains were destroyed; the base was subject to a 10 minute-long intense firearm assault.

In the declaration, it states that 4 soldiers were killed in the assault. The Turkish army then bombarded the zone at random.

In its declaration, TKP/ML-TiKKO announced that this action was accomplished to commemorate the Martyrs of the Ankara Massacre. 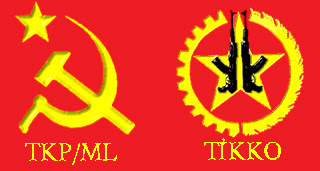