V.I Lenin on the European War and International Socialism 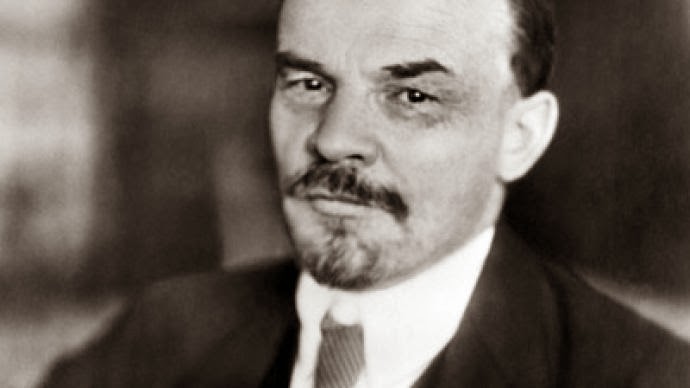 
To the socialist it is not the horrors of war that are the hardest to endure—we are always for “santa guerra di tutti gli oppressi per la conquista delle loro patrie!”[1] —but the horrors of the treachery shown by the leaders of present day socialism, the horrors of the collapse of the present-day International.
Is it not treachery to Social-Democracy when we see the German socialists’ amazing change of front (after Germany’s declaration of war); the false phrases about a war of liberation against tsarism; forgetfulness of German imperialism, forgetfulness of the rape of Serbia; the bourgeois interests involved in the war against Britain, etc., etc.? Chauvinist patriots vote for the Budget!

Have the socialists of France and Belgium not shown the same kind of treachery? They are excellent at exposing German imperialism, but, unfortunately they are amazingly purblind with regard to British, French, and particularly the barbarous Russian imperialism.

They fail to see the disgraceful fact that, for decades on end, the French bourgeoisie have been paying out thousands of millions for the hire of the Black-Hundred gangs of Russian tsarism, and that the latter has been crushing the non-Russian majority in our country, robbing Po]and, oppressing the Great Russian workers and peasants, and so on.

At such a time, the socialist feels refreshed when he reads of the bitter truth so courageously and straightforwardly told by Avanti![11] to Südekum,[12] the truth that paper told the German socialists, namely, that they are imperialists, i.e., chauvinists.

One feels even more refreshed on reading the article by Zibordi (Avanti!, Sept. 2) exposing not only the German and the Austrian brands of chauvinism (which is to the advantage of the Italian bourgeoisie), but also the French, an article which shows that this war is a war of the bourgeoisie of all lands!

Avanti!’s stand and the Zibordi article—[as well as the resolution of the group of revolutionary Social-Democrats (at a recent conference in a Scandinavian country)[2] ]—shows us what is right and what is wrong in the usual phrase about the collapse of the International. This phrase is reiterated with malicious relish by the bourgeois and the opportunists (riformisti di destra[3] ), and with bitterness by socialists (Volksrecht[13] in Zurich, and Bremer Bürger-Zeitung[14]).

There is a great deal of truth in the phrase! The downfall of the leaders and of most of the parties in the present-day International is a fact.

(Compare Vorwärts,[15] Wiener Arbeiter-Zeitung[16] and Hamburger Echo[17] versus l’Humanité,[18] and the appeals of the Belgian and the French socialists versus the “reply ”of the German Vorstand.[19]) The masses have not yet spoken out!

However, Zibordi is a thousand times right in saying that it is not a matter of “dottrina è sbagliata”, or of the “rimedio ”of socialism being “errato”, but “semplicemente non erano in dose bastante”, “gli altri socialisti non sono ‘abbastanza socialisti’”.[4]

It is not socialism that has collapsed, in the shape of the present-day European International, but an insufficient socialism, i.e., opportunism and reformism. It is this “tendency"—which exists everywhere, in all countries, and has found such vivid expression in Bissolati and Co. in Italy—that has collapsed, for it has for years been teaching forgetfulness of the class struggle, etc., etc.—from the resolution.[20]

Zibordi is right when he sees the European socialists’ main guilt in “cercano nobilitare con postumi motivi la loro incapacità a prevenire, la loro necessità di partecipare al macello”, in the fact that they “preferisce fingere di fare per amore ciò ch’è [European socialism][5] costretto a fare per forza”, that the socialists “solidarizzarono ciascuno con la propria nazione, col Governo borghese della propria rulzione . . . in una misura da formare una delusione per noi [also in all socialists who are not opportunists] e un compiacimento per tutti i non socialisti d’Italia”[6] (and not of Italy alone, but of all countries; cf., for instance, with Russian liberalism).

Even given the total incapacità and impotence of the European socialists, the behaviour of their leaders reveals treachery and baseness: the workers have been driven into the slaughter, while their leaders vote in favour and join governments!

Everywhere there is the bourgeoisie and the imperialists, everywhere the ignoble preparations for carnage; if Russian tsarism is particularly infamous and barbarous (and more reactionary than all the rest), then German imperialism too is monarchist: its aims are feudal and dynastic, and its gross bourgeoisie are less free than the French.

The Russian Social-Democrats were right in saying that to them the defeat of tsarism was the lesser evil, for their immediate enemy was, first and foremost, Great-Russian   chauvinism, but that in each country the socialists (who are not opportunists) ought to see their main enemy in their “own ”(“home-made”) chauvinism.

Is it true, however, that the “incapacità ”is so very absolute? Is that so? Fucilare?[7] Heldentod[8] and a miserable death? All this in vantagglo di un altra patria?[9] Not always!! The initiative was possible and even obligatory. Illegal propaganda and civil war would be more honest, and obligatory for socialists (this is what the Russian socialists are calling for).

For Instance, they take comfort in the illusion that the war will end and things will settle down. .. But no! For the collapse of the present-day (1889-1914) International not to turn into the collapse of socialism, for the masses not to turn away, and to prevent the domination of anarchism and syndicalism (just as shamefully [as] in France), the truth must be looked in the face.

Whoever wins, Europe is threatened by the growth of chauvinism, by “revenge-seeking”. etc. Militarism, whether German or Great Russian, fosters counter-chauvinism and the like.

It is our duty to draw the conclusion of the complete collapse of the opportunism, the reformism, so impressively proclaimed in Italy (and so decisively rejected by the Italian comrades[21] and[10] N. B. insert: the contemptuous and scornful attitude of Die Neue Zeit[22] towards the Italian socialists and Avanti!: petty concessions to opportunism! “The golden mean.”

[[BOX-ENDS:
The so-called “Centre ”= lackeys of the opportunists. ]]

[1] “a holy war of all the oppressed, for the conquest of their own fatherland!”—Ed.


[2] See pp. 15-19 of this volume: The Tasks of Revolutionary Social-Democracy in the European War—Editor —Lenin


[4] … it is not a matter of “theory being wrong”, or of the “remedy ”of socialism being “wrong ”but “simply of its not being available in sufficient doses ”and of “certain socialists not being ’sufficiently socialist’”.—Ed.


[5] Interpolations in square brackets (within passages quoted by Lenin) have been introduced by Lenin, unless otherwise indicated.—Ed.


[6] … their attempts to backdate their justification, with plausible excuses, both of their inability to prevent the carnage and their need to take part in the latter”, . . . they “prefer to create the semblance of doing voluntarily [European socialism] what they are forced to do of necessity”, that the socialists have “lined up with their own particular nation, with the latter’s bourgeois government . . . in a measure capable of engendering disappointment in us [also in all socialists who are not opportunists] and delight all non-socialists in Italy”. —Ed.


[10] The manuscript breaks off here. The next two sentences are marginal notes.—Ed.


[13] Volksrecht (The People’s Right)—a Swiss Social-Democratic daily, published in Zurich since 1898. During the First World War it published articles by Left Zimmerwaldists, including Lenin’s articles “Twelve Brief Theses on H. Greulich’s Defence of Fatherland Defence”, “The Tasks of the Russian Social-Democratic Labour Party in the Russian Revolution ”and “Tricks of the Republican Chauvinists”.


[14] Bremer Bürger-Zeitung—a daily published by the Bremen Social-Democrats from 1890 to 1919. In 1914-15 it was actually the organ of the Left Social-Democrats, and in 1916 it was taken over by the social-chauvinists.


[15] Vorwärts—a daily, central organ of the German Social-Democrats, published in Berlin from 1876 by Wilhelm Liebknecht and other editors. Through this newspaper Engels fought against all manifestations of opportunism. In the latter half of the 1890s, following Engels’s death, the newspaper systematically published articles   by opportunists, who had become dominant among German Social-Democrats and in the Second International. During the First World War (1914-18) the paper pursued a social-chauvinist policy, and after the October Socialist Revolution it became a mouthpiece of anti-Soviet propaganda. It ceased publication in 1933.


[16] Wiener Arbeiter-Zeitung—a daily newspaper, central organ of the Austrian Social-Democratic Party, published in Vienna from 1889. During the First World War it took a social-chauvinist stand, Lenin describing it as the newspaper of “Vienna betrayers of socialism”. Suppressed in 1934, it resumed publication in 1945 as the central organ of the Austrian Socialist Party.


[19] The reference is to the appeal addressed to the German people by the French and Belgian delegations to the International Socialist Bureau, and published in l’Humanité on September 6, 1914. It accused the German Government of pursuing predatory designs and the German troops of perpetrating atrocities in the occupied areas. Vorwärts of September 10, 1914 carried a protest by the German Social-Democratic Party’s Executive against this appeal. This started off a press polemic between French and German social-chauvinists, each side seeking to justify its own government’s participation in the war and put the blame on the other side.


[21] Ever since its foundation in 1892, a sharp ideological struggle was conducted in the Italian Socialist Party between the opportunist and revolutionary wings, which differed on the question of the Party’s policy and tactics. Under pressure from the Lefts, the most outspoken reformists (Bonomi, Bissolati), who supported the war and advocated collaboration with the government and the bourgeoisie, were expelled from the Party at its congress in Reggio Emilia in 1912. After the outbreak of the war, and before Italy’s entry into it, the Party took an anti-war stand under the slogan: “Against the war, for neutrality! ”In December 1914, the Party expelled a group of renegades (Mussolini and others) who defended the imperialist   policy of the bourgeoisie and favoured Italy’s participation in the war. The Italian Socialists met in a joint conference with the Swiss Socialists at Lugano (1914) and took an active part in the international socialist conferences in Zimmerwald (1915) and Kienthal (1916). On the whole however, the Italian Socialist Party followed a Centrist policy. With Italy’s entry into the war in May 1915, the Party renounced its anti-war stand and issued a slogan “neither participate in the war, nor sabotage it”, which in practice meant support for the war.


[22] Die Neue Zeit (New Times)—theoretical journal of the German Social-Democratic Party published in Stuttgart from 1883 to 1923. Until October 1917 it was edited by Karl Kautsky and afterwards by Heinrich Cunow. Several works by Marx and Engels were first published in it. Engels helped the journal with advice, frequently criticising it for its deviations from Marxism. In the latter half of the nineties, following Engels’s death, it systematically published articles by revisionists, including a series of Bernstein’s articles called “Problems of Socialism”, which launched a revisionist crusade against Marxism. During the First World War Die Neue Zeit held a Centrist position, which in practice supported social-chauvinists. [See also Glossary entry which also contains related links]

Democracy and Class Struggle will be publishing more on the First World War and Imperialism to confront the new First World War Propaganda promoted by Max Hastings writer for the Daily Mail  the Financial Times, the British establishment historian.