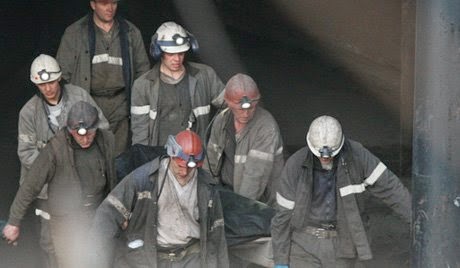 Miners in the Donbas coalfields of Ukraine have gone on indefinite strike and many thousands of them have marched through Donetsk, demanding that the artillery, fighter jets and attack helicopters sent in by the West-backed fascist junta in Kiev be withdrawn. Protesters raised the slogans “Fascism will not pass” and “Donbas will not forgive”;

The Kiev regime, acting on an austerity programme dictated by the International Monetary Fund, is committed to cutting subsidies to the state-owned mines by $230m, shutting many of them down and selling off the profitable ones at knock-down prices to the private sector, thereby threatening the livelihood of mining communities right across the industrialised east;

Bristol Trades Union Council expresses its solidarity with the striking miners of the Donbas, denounces the West's meddling in the affairs of the Ukraine and wishes the anti-fascist resistance struggle every success".

SOLIDARITY FROM BRISTOL WITH THE STRIKING MINERS OF THE DONBAS 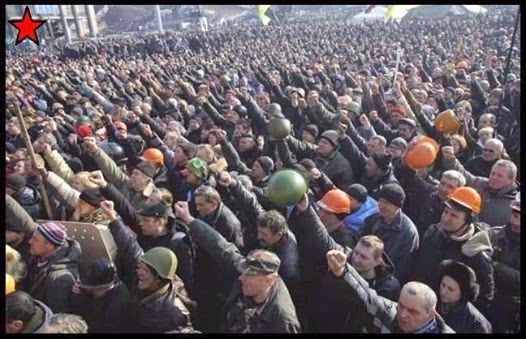