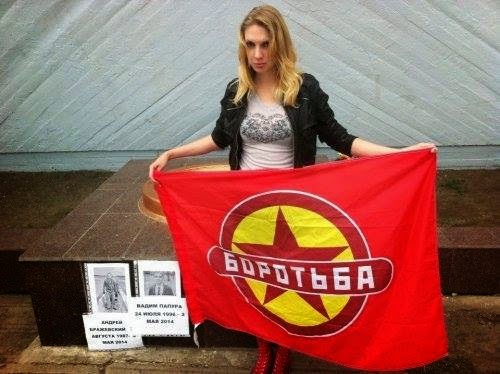 Good news -- Comrade Masha is free! But the repression against anti-fascists in Ukraine continues. Please read the update below.

Comrades! Thanks to everybody for your concern and solidarity. Comrade Maria Matyushenko is released and safe ...now.

She was detained by state security agents - so-called "anti-terror forces" and "brave fighters against terror" - in the course of a search during which they grabbed all the mobile phones and computers of the family, including ipad of a 13 y.o. sister.

On the same day there were other searches in Dnipropetrovsk. There are mass interrogations and detention of people accused only of their oppositional political views and criticism of the authorities in social-networks.