Notes regarding Cosmopolitanism and the National Question by Wilf Dixon 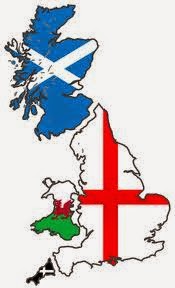 This contribution is from Comrade Wilf Dixon in response to the article by F.Chernov on Cosmopolitanism and Imperialism here

Racism, bourgeois nationalism and suspicion of, and hatred of other nationalities is used to weaken the class struggle of the proletariat. The ideology which most consistently serves the interests of the proletariat is proletarian internationalism. This must be the cornerstone of our policy on the national question, especially given that we seek to build a communist party in the British state consisting of the most advanced elements of the proletariat, closely bound up with the masses who if they are going to succeed in rallying the vast masses in making an assault capital, must be capable of resisting the jingoism and imperialist venom of the monopoly capitalist bourgeoisie.

The national question is in essence a class question.  In rejecting the nationalism of its own bourgeoisie, the proletariat of an oppressor nation is clearing the way for building unity with those nations and peoples oppressed and specially oppressed by their ruling class and facilitating the class struggle against capitalism. But this cannot just be expressed in terms of resolutions and goodwill, it requires concrete actions and demonstrations of support for the demands of nations and oppressed peoples, including the demand for self-determination and separation from the oppressor state.  It is a unity built in struggle against a common enemy.  Lenin talks of giving direct assistance to the struggles of the oppressed peoples.

The petty-bourgeois democrats who oppose racism and racist oppression, do so often from a position of moral indignation and outrage, often restricting themselves to the external forms of racism, terminology and language and are proud of their cosmopolitanism seeing this as the model of anti-racism. This results from their class position in bourgeois society and when faced with the revolt of the masses against their racist oppression,  they can react with fear and condemnation. For the working class of the oppressor nations the struggle against racism and national chauvinism  is a question of life or death, success or failure in its own struggle.

I have made these points as my starting point because as communists working in the imperialist heartland they constitute the basis on which a party must be built. Racism and national chauvinism cannot be eliminated until the workers and oppressed peoples hold state power and can begin the process of re-educating and rebuilding society in its own image, but just as the outbreak of the first world war revealed the Achilles heel of the 2nd international and opportunism and chauvinism took the place of proletarian internationalism, a Party that does not consistently struggle against opportunism and social chauvinism will never succeed in taking its place at the vanguard of the proletariat.

Imperialist states often describe their domination of subject nations as a unifying force for the common good. This is not new. The British renamed the Empire on which the sun never sets as the British Commonwealth. The French regarded its possessions, most notably Algeria,  as part of France which much of French society regarded and still regards as the pinnacle of civilization. A view which underpins racism in French society which in many respects is stronger than in Britain. Defence of this outlook is a form of cosmopolitanism. But as far as it infects the working class movement it is better described as social chauvinism.
Cosmopolitanism may describe the view that national interests, national struggles and the possibility (or impossibility) of genuine self-determination as outdated. But again as far as this relates to the outlook of communist or so-called left organisations in the imperialist countries, I believe these views are social chauvinist.  In essence they help to perpetuate and subjugate the oppressed nations and nationalities by denying the legitimacy, ideologically and in practice, of the peoples’ revolts against this special and national oppression. The working class movement of the oppressor nations must give direct assistance to these struggles to the extent that they weaken and sap the strength of the imperialist powers and hasten the day that imperialism will be destroyed in its heartland. Not all national movements, however, are progressive and the recent past has seen many cases of interference in the internal affairs of sovereign states, exploiting national contradictions for economic and political gain.
On the the question of national nihilism. The national question of every country must be studied concretely and even  in imperialist nations and states, the question must be studied concretely and historically. Support for ones own nation in the first world war, it being an imperialist war, a war to decide which power or group of plunderers would get the lion’s share of colonial booty, was and is opportunist and social chauvinist. A united front with those nationalist forces prepared to resist the fascist axis in the second world, and for us here in Britain, in alliance with the Soviet Union after its invasion (I believe for Britain the war at its outset was an imperialist war) were correct.  Trotskyism found itself in alliance with fascism by denying the progressive nature of nations anti-fascist struggles.

The struggle in Ireland for national unity which is a democratic task that needs to be completed will remain a progressive struggle until it is completed. Irish people are proud of their history of struggle and quite rightly so. The Welsh and Scots people have national demands which are being made and struggled for.  How these demands and struggles can be formulated in a programme for a communist party uniting the peoples struggle against the British state, is a matter of concrete study and struggle.

There are certainly things that the English people, particularly the working class, can be proud of in their history. But I believe this should be concrete. Promoting general English pride in the present political and ideological environment and in the abstract, can only give a boost to national chauvinism and undermine educating the working class in the spirit of proletarian internationalism. However, I do not believe this is promoting national nihilism.

The day will come when the English will make a great contribution to throwing off the shackles of imperialism. Then I will feel proud to be English. Now I can only feel the shame of what British imperialism does in oppressing, exploiting and super-exploiting  the workers and oppressed in Britain and abroad.