Ukraine: Donetsk: miners give Kiev 48h ultimatum “stop war or we will take up arms”

The miners gave Kiev a two-day ultimatum to stop the war or else they would take up arms “to defend their land, wives and children”

The rally on Donetsk’s central Lenin Square initially attracted about 1,000 people. “But the miners from all major coal pits nearby Donetsk: Gorlovka, Enakievo, Snezhnoe, Topaz and Donetsk itself continued to arrive and finally the number of protesters reached estimated 10,000″ Itar-Tass reported
.
The same report quotes deputy coal industry minister of the self-proclaimed Donetsk People’s Republic (DPR), Konstantin Kuznetsov as saying: “Miners have given (the Kiev authorities) two days to stop the so-called antiterrorism operation. Unless that happens, they are taking up arms and are going to defend their land, wives and children.”

The miners chanted anti-war slogans: “No to war!” “Fascism won’t get through!” “Donbass!” and“Slavyansk is a hero city!” 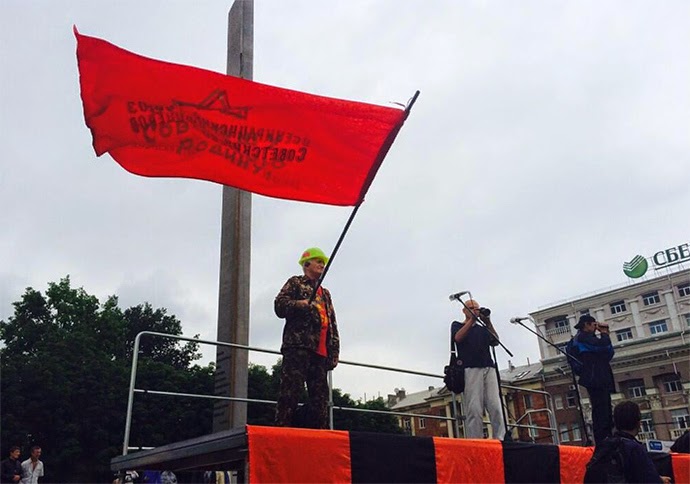 Power to the people and workers!

Down with fascists and their financers! Without people's support sooner or later they will vanish.