On Independence Day, the Filipino people must renew their commitment to the National Democratic Revolution with a socialist perspective, the path to real independence 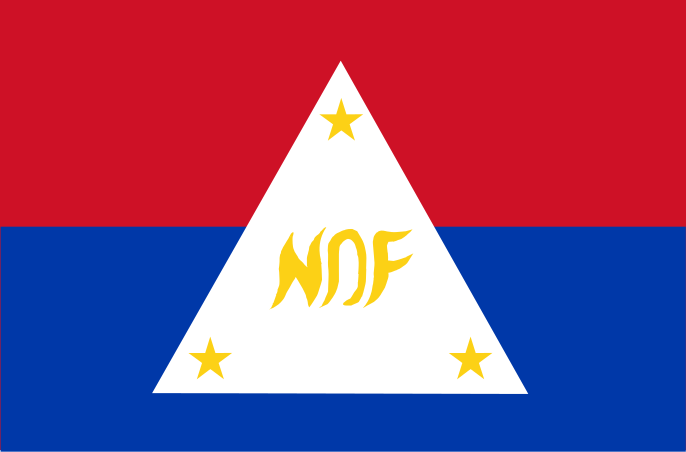 We can only possess real independence when the control of US Imperialism and its local lackeys are brought to an end, land is redistributed freely to the landless, an independent national industry is established, and political power is in the hands of the oppressed and exploited.
MEDIA RELEASE
By JORGE MADLOS
Spokesperson, NDFP Mindanao
12 June 2014

For decades, past and the present reactionary Philippine governments foist the celebration of Independence Day upon the Filipino people, compelling us to accept, hook, line and sinker, that the nation is “free” from the control of any dominant country. This, of course, is the biggest LIE that has been oft-repeatedly rammed by the ruling classes of landlords and compradors, and by US imperialism itself, down the throats of the Filipino masses.

We refuse to be part of a “celebration” that obfuscates the Filipino people’s history of revolutionary struggle by continuing to give US Imperialism and its military forces in Asia and the Pacific the distinction of being “the liberator” of Filipinos and granting us fake independence. Instead, we, as a people, should transform this yearly event into a widespread militant protest movement to collectively demand for real independence from the dictates of US imperialism.

Independence can never be granted or declared by one country to another; it can only be fought for by a people. The Filipino people must therefore continue to engage and persist in a revolutionary struggle against imperialism and the local ruling classes, implement genuine land reform and national industrialization and to win for itself a genuinely socialist society. Then and only then can true independence be attained.

The Declaration of Independence on 12 June 1898 was only made possible by the heroic revolution of the people against Spanish rule, but the glory was shamelessly stolen by US imperialism when it granted protectorate-ship to the puppet Aguinaldo republic and subsequently attacking Filipino revolutionaries, especially those who continued to fight for real independence.

Then, again on 4 July 1946, the erstwhile Independence Day until it was nominally changed in 1962, after Filipino revolutionaries bravely stood up against Japanese colonial rule, US imperialism made it appear to have “granted independence” in order to smoothen the transition towards its neo-colonial rule over the Philippine islands, which is maintained up to the present through the local ruling classes and its reactionary government and armed forces. With this, the Filipino nation continues to be deprived of true economic, political, cultural and military independence.

With US imperialism using local feudalism as its economic base, the resulting semi-feudal economy of the country has plunged the people deep into the muck of slavery and exploitation that cater to the profit-starved interest of foreign, mainly US-owned, multinational mining, agri-plantations and other large corporations.

Economic subjugation means political and military subjugation as well. Unveiled during Obama’s state visit to the Philippines, the Aquino regime declared, in dog-like obsequiousness to the wishes of its imperialist master for a Trans-Pacific Partnership, the implementation of the Enhanced Defense Cooperation Agreement or EDCA, an onerous agreement that flagrantly undermines national sovereignty and patrimony.

Whether or not the reactionary government denies it, the EDCA, literally transforms the entire Philippine archipelago into one huge US military base that will host an unlimited number of troops (in addition to the ones they already have in Mindanao and in other parts of the country) as well as receive military vessels and warplanes that include, no doubt, those with nuclear capabilities.

Under the pretext of protecting the Philippines against China’s incursion in the West Philippines Sea, the EDCA practically allows the prepositioning of US military forces for its possible eventual engagement with China using multiple locations in Philippines as launch pad for its Asia Pivot strategy, especially at this time when the US financial crisis is rapidly intensifying and the debt bubble, nears bursting.

The US and its local cohorts only want to ensure their continued economic dominance by forcibly maintaining the complete docility of a long-suffering people and hinder them from waging a national-democratic revolution. That is why US military forces alongside its local counterpart, the AFP and the PNP, are also poised to attack against the local revolutionary movement using the latest weaponry in combat and surveillance, particularly unmanned aerial vehicles (UAV) or drones.


The reactionary government-declared independence day is nothing but a total sham. Instead of diminishing the meaning of “independence day” by flooding the streets with miniature flags, the NDFP calls on the entire revolutionary forces and the filipino nation to  renew our commitment to advance and win the national-democratic revolution and gloriously gain for ourselves true independence by establishing, in the long-term, socialism.


We can only possess real independence when, through a protracted people’s war, the control and machinations of US Imperialism and its local lackeys are brought to an end, feudalism is eradicated and land is redistributed freely to the landless, an independent national industry is established and real political power is in the hands of the oppressed and exploited classes.
Posted by nickglais on 6/14/2014 09:58:00 AM