Police intervened with water cannons against thousands of protesters peaceful gathered today in Istanbul’s Taksim Square, a week after the police cleared Gezi Park, the heart of nationwide demonstrations, after a muscled crackdown.

After warning the crowd to disperse from the square, riot police used water cannons to quell the demonstration. 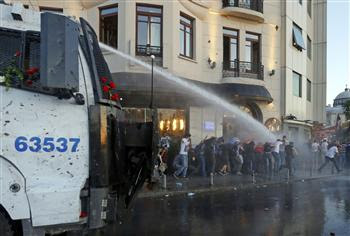 Many protesters had started to disperse following police’s warning. The square was mostly cleared after the intervention as some protesters regrouped at the İstiklal Avenue which intersects with the square.

Police fired tear gas against demonstrators that scattered in the side streets linking to the İstiklal Avenue. Tear gas was also reported at the Sıraselviler Avenue that also intersects with the Taksim Square. 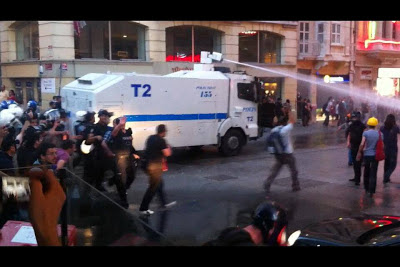 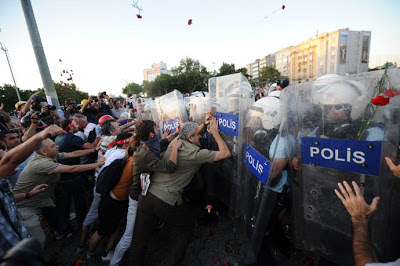